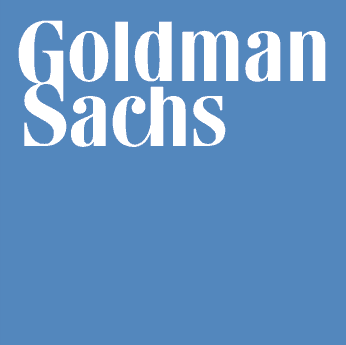 Goldman Sachs, one of the world’s largest financial institutions, made a generous profit of around $225 million on none other than the popular metal, aluminum, according to an article in Forbes released on Tuesday, July 23,2013. While this may not seem like much, CNBC breaks down how Goldman Sachs not only trades aluminum on the market but also owns the metal’s storage facilities. The laws of supply and demand demonstrate how a corporation that has the ability to withhold a good from the market will cause an increase in the price consumers are willing to pay for that product. In layman’s terms, Goldman Sachs has the power to not only drive up the prices of aluminum, but in addition, they are the ones who make a generous profit off these high prices.

As expected, the bank posted a full rebuttal to these allegations in the New York Times. Business Insider highlights a few of the main points, including the fact that aluminum prices are down 40 percent from 2006, and the warehousing in which the metals were stored accounts for only about 3 percent of total aluminum used in global processing. However, Forbes released another article exactly one week after the scandal surfaced, with further research showing that a seemingly harmless 3 percent globally is actually 25 percent in the United States. It’s numbers like this that really capture how consumers end up spending billions more on aluminum products, while Goldman quietly sits on the sidelines and profits off a game in which they hold the power to change the rules at any time.

Additionally, this drastic increase in numbers excludes the metal Goldman was discovered to be holding in storage that they themselves do not explicitly own. To address the issue many have with a bank having a physical inventory of commodities such as metal, a Goldman Sachs spokesperson explains that its role as an intermediary, or a “go between” for buyers and sellers requires them to hold physical inventory. They go on to say that they take on physical inventory as they would a stock or a bond in a financial market, treating it like any other type of investment. But the fact that this bank has profited so greatly from this physical commodity has the government scrutinizing whether Wall Street, free from quite a bit of regulation, has gone from “too big to fail” to simply “too big.”

Throughout our economic history, there have been multiple instances of large, powerful industries using immoral and sometimes illegal tactics to profit off the ignorance of the American people. Enron provides a great example of this sort of behavior, and shows why we should be doing everything we can to stop these powerful corporations from exercising this kind of power. While the aluminum issue at hand doesn’t even begin to compare to the energy crisis Enron inflicted upon the people of California in 2001–and I am by no means implying that Goldman Sachs’ management is as corrupt as Enron once was–the underlying idea of companies controlling commodity market prices at the expense of consumers remains a hot topic of debate.

A New York Times article explains exactly how Goldman Sachs exploited industry pricing regulations set by the London Metals Exchange that allowed them to make profits. The company is required to export a certain amount of metal each day, which the company did. However, the metal was not exported to manufacturers, but instead shuffled from warehouse to warehouse. They were literally driving the metal from one storage space and putting it in another. In the words of one of the forklift drivers at the warehouse, it is like “a merry-go-round of metal.” Because the metal simply remains in the possession of Goldman Sachs instead of being sent to distributors, the amount of aluminum in the market decreases, and the price increases. No matter how you try and frame it, a company driving truckloads of metal around in circles to “comply” with federal regulations, then generating an extra $225 million as a result, perfectly demonstrates not only how inefficient, but how immoral our current economic structure is.

JP Morgan, another well-known financial institution, has begun to explore alternatives to the commodities business, as reported by CNBC. This decision immediately followed an announcement by the Federal Reserve that they will be reviewing the decision passed in 2003 that allowed banks to trade in the commodities market. Big banking institutions have been under more scrutiny lately, as many members of congress are pushing for a “New Glass-Steagall” bill that would separate commercial and investment banking, and increase regulation on these financial giants. While there are pros and cons to this act, it seems fairly obvious that no institution, bank or not, should be able to make a profit by exploiting a market that they have control over. While there are, in fact, still monopolies on certain industries in which a company does have almost sole market power, Goldman Sachs is a financial institution, not a distributor. And while it’s one thing to drive up the prices of aluminum, it is another to be betting on the side that these prices are about to increase, knowing full well that not enough aluminum will be delivered to producers, since it’s still in their warehouses. In the financial market, betting on a price change that you already know is going to happen is considered “insider trading,” which is illegal.

Banks are given control of these commodities for complex reasons that ultimately boil down to helping keep a stable economy, but with control of the warehousing as well, they suddenly are given power to conceal information and attracting investors, or in simpler terms, make a lot of money. We need institutions like Goldman Sachs to fuel our economy in ways many people will never fully understand, but like any capitalistic institution, they will do anything to turn a profit. It’s time our government stops fighting to defend these corporations, which are increasingly being treated like people, and start doing their job to protect the actual living, breathing, working human beings that are spending billions more on something as seemingly harmless as a can of soda.