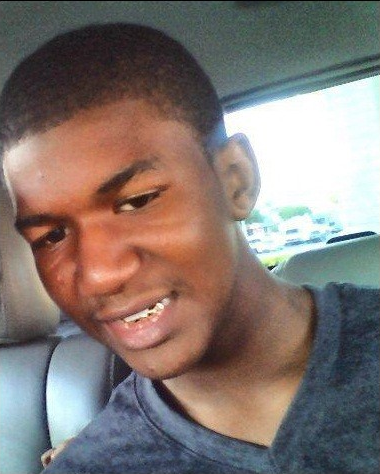 A group of University of California, Santa Barbara student activists referring to themselves as the “Coalition for Justice” organized a meeting at 8 p.m. on Friday, July 26, at the Theater and Dance courtyard to host a candlelight vigil for Trayvon Martin’s death and to stage a protest against George Zimmerman’s acquittal.

Both the shooting incident and Zimmerman’s trial have been a hot button topic in media circles in recent months. They have since sparked controversy and outcry concerning the pervasiveness of the institutionalized racism that continues to exist in the American judicial and education systems.

The coalition had asked the assembled crowd to wear hoodies to the rally in reference to the fact that Martin was on his way home from a 7-11 wearing a hooded sweatshirt on the night he was shot. After the assembled crowd of approximately 80 people had fully gathered, they lit candles for the vigil and proceeded to discuss their thoughts and feelings regarding both the incident and the verdict.

Those present expressed everything from outrage that the verdict denied the Martin justice and empathy towards his grieving parents who have recently become the subject of media attention, to a sense of hope and perseverance that by being present as a collective group that evening, the Coalition was achieving its goals of bringing visibility both to the case and its broader socio-political ramifications.

“We are living with the repercussions of a system that is anti-black, and the reason that Trayvon Martin was targeted [as a criminal] is because he was a black male,” said fifth-year sociology major Danielle Stevens, one of the co-founders of Coalition for Justice and a member of their media committee. “We are socialized in a system that targets people of color and we are fighting for him.”

It is the Coalition for Justice’s stance that the Zimmerman trial and its conclusion are indications of the marginalization, criminalization, and devaluing of life of people of color in the United States.

“As a woman of color, I have had to watch, firsthand, as my friends and family have been harassed and had their rights violated due to racial profiling at the hands of not only the police, but other common citizens like Zimmerman,” said fourth-year black studies major Alexis Wright, another founding member of Coalition for Justice as well as a member of its publicity committee. “The Trayvon Martin case has been the vehicle through which all of us, who have had to and still struggle to persist through racial profiling and discrimination, living in underrepresented communities have found a voice and presence in the mainstream discussion.”

After the candlelight vigil the crowd then began a demonstration through the streets of Isla Vista at 9:15 p.m., forming a loop beginning at Pardall Road, continuing up Embarcadero del Norte and down Picasso then Camino del Sur, then through Del Playa back to the edge of campus to the Theater and Dance building at 10 p.m.

The demonstration did not include chants or bullhorns, however, as the coalition decided it would better suit the interests of the protest to host a silent march instead.

“There was a power and a presence that I felt walking silently and being able to be really intentional with the steps that I took,” said Stevens. “I just so connected and so grateful to see everyone there.”

The responses of Isla Vista residents and passers-by ranged from receptive and supportive to critical and disparaging. As the group walked by the 66 block of Del Playa, an unidentified individual standing outside on a balcony remarked “Hey where can I get some skittles?” in reference to the fact that Martin was carrying an iced tea and a bag of skittles on his way home when he encountered Zimmerman.

UCSB is known for being among the least ethnically diverse campuses in the UC system. A campus profile issued in February this year reported that UCSB has an African-American undergraduate population of 4 percent, with a graduate student total of 2 percent. During the Coalition’s first several meetings, there was concern raised over a perceived apologist or otherwise excusatory attitude toward Zimmerman’s actions. The weekend prior to their first meeting and discussion, Facebook reported their record number of “unfriends” in its history. The recent personal experiences of the Coalition’s members indicated that there may exist some correlation between the two.

“I think folks were just fed up with how some people were responding to the verdict,” said Stevens. “I know a sentiment that echoed in the space was that if somebody was commenting about the verdict they were saying that they thought it was ‘just’ or that we should ‘have respect for the jury for the tough job they had to do’…they thought that was disrespectful which is why a lot of folks got unfriended.”

When asked to comment on the divisions between race and class in UCSB’s student body, doctoral student in sociology and member of the Coalition’s community outreach committee Marisa Salinas said, “What was glaringly clear to me as a sociologist who primarily focuses on race relations was the fact that…because we have this disparity…and this polarization, we have students who come from backgrounds where they aren’t familiar with issues that really plight the black and brown communities, like gun violence and racial profiling at that level, in terms of the criminalization of youth of color.”

“Jim Crow is here and now” said Salinas. “The Department of Justice is swayed to the benefit of non-people of color…The truth is, the darker your skin is in America, the worse you have it. Although, these types of mechanisms are in place to try and maintain this balance of justice in America, it’s not for everybody.”

When asked what UCSB students should take away from the Trayvon Martin case, Wright responded “I would just encourage the community to be educating themselves on the case, the verdict, and similar cases to this one, formulate their own opinions and ideas about racial profiling and criminalization of youth of color and if what they find ignites a passion inside of them to raise awareness and fight against these injustices, we’d love to have them as part of the coalition.”

Those seeking more information about Coalition for Justice, or who wish to get involved, can contact them through their email, coalitionforjustice.sb@gmail.com.