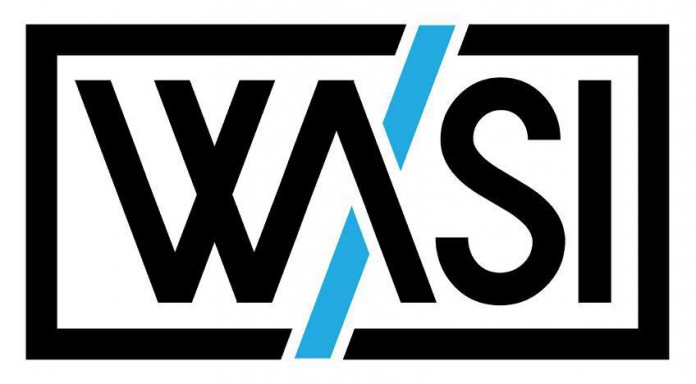 Three-piece dance punk band We Are/She Is took the stage at the University of California, Santa Barbara and Isla Vista Pride on March 4, treating festival crowds to a mix of original works and covers in their high-energy style.

We Are/She Is hails from Orange County, Calif., and consists of Cosmo (aka Merilou Salazar) on guitar and synth, Jessie Mehan on synth and bass, and Jake Fight on drums, with all three providing vocals. Fresh off a string of performances from Seattle and back, the group has plans to continue touring as much as possible.

“We’re focusing more on playing shows right now; we’re playing as many shows as we can,” Salazar said. “We learn how to work with an audience, [and] we really feed off that energy. We like to be as physical as we can.”

Indeed, despite the midday heat and a few technical difficulties with the sound system, We Are/She Is got Pride-goers up and dancing for the entirety of their 30-minute set on the park stage, which included a cover of M.I.A.’s “Paper Planes.”

“We all have different influences,” said Mehan. “We’ve described our sound as Blink-182 with vaginas.” Salazar adds that they’re influenced by bands like, “The Ting Tings, The Clash, Jimmy Eat World.”

“Well, we’re both lesbians,” said Mehan, referring to herself and Salazar. “I think it’s really about supporting that community. A lot of musicians and artists are afraid to be openly gay, what might be said or whispered about them…Fuck that.”

We Are/She Is was able to successfully fund the making of their new EP through Kickstarter, a crowdsourcing outlet. Called “Name Game,” the EP is available for purchase on their site or as a download from their Bandcamp (http://wearesheis.bandcamp.com/). We Are/She Is has previously shared the stage with acts such as The Naked and Famous, Foxy Shazam, Uh Huh Her, and Hunter Valentine.

“There aren’t a lot of bands that sound like us…where we come from,” said Salazar.

“A lot of people, a lot of lesbian-fronted bands are doing that Tegan and Sarah sound; we wanted to do something different than that…We worked hard to perform, we had to earn people’s respect, so playing those shows means that much more,” added Mehan.

On their favorite part of playing UCSB/IV pride, the band all agreed that they enjoyed the Santa Barbara weather and atmosphere.

“We don’t really play many shows up here in Santa Barbara, so it was nice to come up here and enjoy it,” said Salazar.