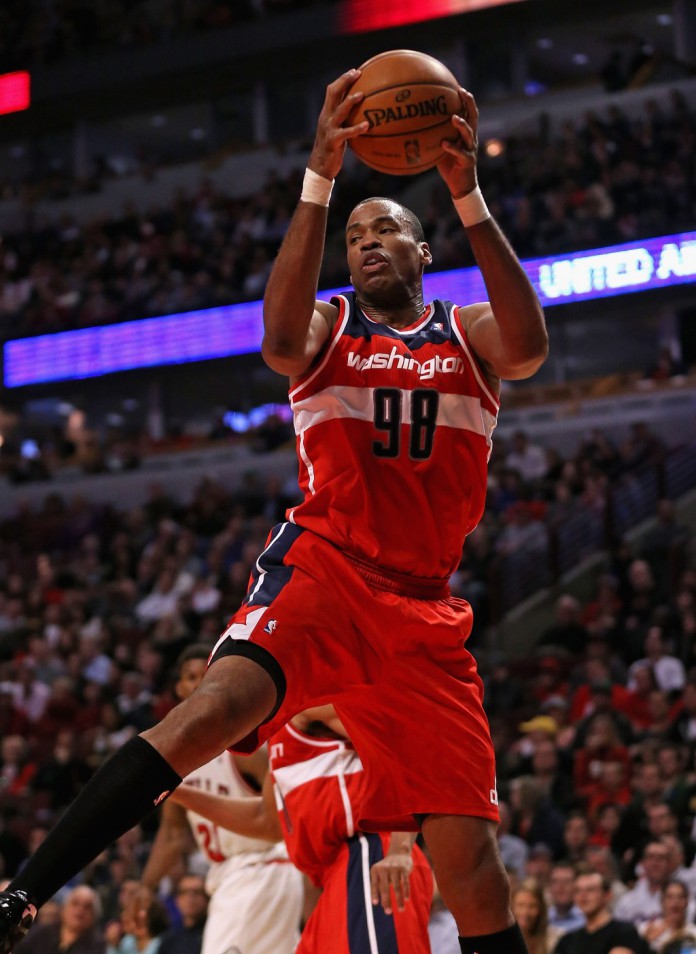 The United States is not the safest place to be gay. In a society where the cliche idea of a gay male is someone who is super feminine, has a hair stylist, lives in a flat in New York, and dresses better than a runway model, it’s not particularly ideal. When the stereotype is that you’re a damsel in distress, it can have a huge impact on how you choose to live your life and whether or not you let the people most important to you know who you really are.

For basketball player Jason Collins, the decision to declare himself as homosexual and simultaneously become the first openly gay athlete still playing in a major American sport was not an easy one.

“I wish I wasn’t the kid in the classroom raising his hand and saying, ‘I’m different.’ If I had my way, someone else would have already done this,” said Collins in a statement released via Sports Illustrated. “Nobody has, which is why I’m raising my hand.”

Collins deserves all the praise and support he’s receiving for this decision. Coming out is difficult enough when the only people who are affected and aware of it are your family and friends. Now imagine coming out when people outside of the 40 million people that watch basketball regularly are suddenly commenting on it. Bill Clinton, Barack Obama, ESPN analyst Chris Broussard, Miami Dolphins wide receiver Mike Wallace, and others have all weighed in on the announcement—and not always with the most welcoming attitude.

This will undoubtedly have an effect on major American sports and their gay players. It will likely encourage more to come out, hopefully encouraging a more accepting sports environment as well as the end of the gay stereotype. But why is Collins receiving so much attention when Women’s National Basketball Association Brittney Griner came out just a few weeks prior to Collins? Sheryl Swoops, another female basketball player, did it in 2005. Tennis player Martina Navratiloa did it in 1981, and in 1981, tennis player Billie Jean also came out.

Tennis is obviously not a major United States sport, but Swoops and Griner share Collins’ basketball-oriented career, and Griner came out at a similar time. The difference? Griner is a female and Collins isn’t, and in today’s society, that apparently makes Collins’ decision more difficult.

Unfortunately, there’s some truth to this stereotype. Go to an Isla Vista party on any Saturday night and girls making out will only cause cheers and the average male to stare wide-eyed and open-mouthed. If it’s not at a Queer Student Union party, two guys doing the same will likely not enjoy the same response. For some unknown reason, being lesbian or a bisexual female is okay in the social sphere of IV and, judging by the minimum media attention Griner received, is almost expected in sports as well. After all, lesbian women are tougher than straight women. They cut their hair shorter and wear looser clothes and like sports because they’re lesbian and that’s what lesbians do. Right?

For those living under this stereotype or operating by it, I have a news flash for you: a person’s sexuality is in no way related to who they are. A gay man can like opera or baseball and it has nothing to do with him liking men. A lesbian woman can like dresses or pants and it has nothing to do with her liking women. The only thing it has do with is whether she prefers dresses or pants.

Collins’ coming out is impressive, but it really shouldn’t be. At a time in human history where we’re moving technologically so far forward that I could buy a 3-D printer at Staples if I wanted to, it seems ridiculous that we’re still this medieval when it comes to gay and lesbian rights. They’re people. We’re all just humans and I promise your world will not collapse, your social order will not crumble if they’re given the same rights a straight human is.

So congrats, Collins. I hope in the near future, coming out will garner the amount of media attention that it should: none. He’s a basketball player. He’s gay. The two are not mutually exclusive.

Serial: Where Storytelling and Tragedy Collide