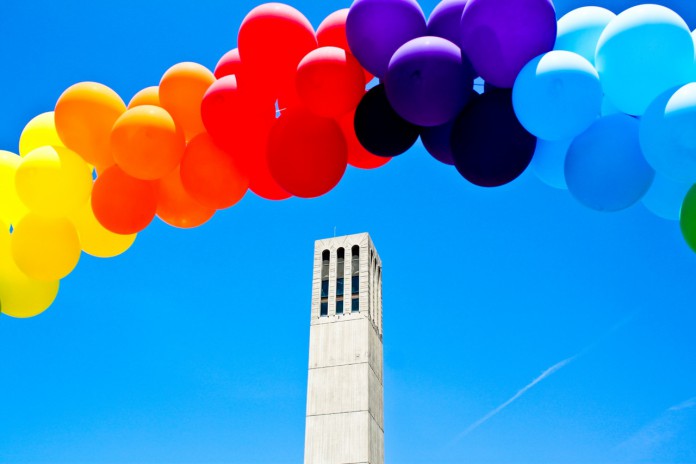 A swath of events showing progression in the treatment and civil rights of members of the LGBTQ community has been sweeping the world these past two weeks. Late last month, the BBC reported that the French Parliament approved a bill permitting same-sex marriage throughout the nation. Two weeks later, according to ABC, Rhode Island became the 10th state in the United States to allow the act. On the same day, Jason Collins, a veteran NBA player, publicly declared in an interview with Sports Illustrated that he is gay, thus making him the first male active athlete in professional sports’ history here in the United States to publicly announce his homosexuality. The positive spirit promoting the rights and visibility of the gay community has not skipped our campus, as this year’s University of California, Santa Barbara Pride Week events came to a close earlier this week.

According to the BBC, France has become only the 14th country in the world to approve same sex marriage. The bill approving the act also extended the country’s adoption code to allow gay couples to adopt children through state-official procedures. This development did not pass without notice with the French public, as according to a Reuters report, both opponents and supporters of the law gathered in front of the national parliament building to voice their opinions.

“This is not over. I solemnly ask the president to hold a referendum on the subject,” said Frigide Barjot, one of the leaders of the group opposing the law, to the BBC.

Professional basketball player Collins chose to start his interview with Sports Illustrated magazine with a bold statement as well.

“I’m a 34-year-old NBA center. I’m black. And I’m gay,” said Collins. Many athletes have come out with their sexual orientation in the past, yet Collins is the first to do so while still being active in a professional sports league. He has found thorough support from many figures, both within and beyond the NBA. Kobe Bryant, leading guard for the Los Angeles Lakers, tweeted in support of Collins.

“Proud of you Jason.. Don’t suffocate who you are because of the ignorance of others,” Bryant said.

Martina Navratilova, one of women’s tennis greatest idols and a member of the gay community herself spoke to Collins as well.

“You will sleep a lot better now- freedom is a sweet feeling indeed!” Navratilova said.

In addition to comments from many athletes, CNN reported that Collins also received a phone call from President Barack Obama shortly after the Sports Illustrated magazine containing Collins’ interview came out.

Here at UCSB, this year’s Pride Week events drew to a close after almost 10 days full of events. Events ranged from discussions and workshops to student and professionally run drag shows.