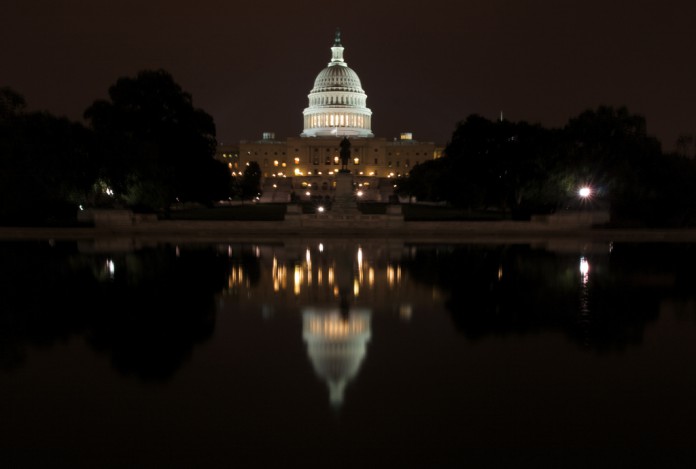 President Obama has been on the defensive this past week against two separate reports of misconduct by the Justice and Treasury Departments. Three months after Obama deemed his administration “the most transparent ever,” the Justice Department admitted that it had secretly gained access to the phone records of reporters at the Associated Press. The Obama administration has also come under fire after reports surfaced that the Internal Revenue Service targeted conservative political groups who were organizing against Obama and other Democrats in 2011 and 2012. Attorney General Eric Holder has announced an investigation in the IRS case, but has recused himself from the Justice Department’s investigation into who tapped the phone of AP reporters.

The Associated Press reported earlier this week that officials in the Obama Justice Department began tracking at least 20 personal and work phones of AP reporters starting last year. While the Justice Department has admitted to monitoring the reporters’ phones, it has offered no explanation as to why it began the investigation, nor what exactly was obtained from the phone records. In its report earlier this week, the Associated Press suggested that the Justice Department was tracking down sources for a story AP ran earlier this year about a foiled bomb plot against Americans in Yemen.
While the details of the case remain unclear, the Justice Department has said that Attorney General Eric Holder recused himself from the investigations last year. Holder said earlier this week that the approval of subpoenas to legally search the reporters’ phones fell to Deputy Attorney General James Cole last June. Holder said that after he was questioned by the FBI last year, he removed himself from the case in order to avoid a “conflict of interest.”
The White House has said that it had no knowledge of the investigation, and that the matter is entirely the business of the Justice Department. In the past four years, however, the Obama Administration has demonstrated a firm stance toward intelligence leaks. Since 2009, the administration has prosecuted a record six government officials for allegedly disseminating classified information.
Obama has also responded to reports that the IRS targeted conservative political groups prior to the 2012 national campaigns this week. Attorney General Holder has announced that he will lead an investigation into how and why groups linked to the Tea Party were targeted. According to reports, Tea Party-affiliated groups in areas such as Cincinnati were subject to repeated questionnaires, audits, and intensified scrutiny into their accounting practices by IRS officials in Ohio and in Washington.
Past presidents have used tax investigations as a means to target political opponents. According to Time Magazine, President Kennedy established an “Ideological Organizations Project” to look into conservative groups and alleged communist sympathizers. President Nixon, infamous for his administration’s many intrusions against political opponents, authorized a “Special Services Staff” to relentlessly audit Democratic organizations. These abuses resulted in a law that prevents the president from contacting the IRS about any and all tax matters concerning private groups and citizens.
Congressional leaders on both sides of the aisle have come down against the reports of IRS abuses by offering investigations of their own. Rep. Darrell Issa (R-CA) announced that the House Oversight Committee would immediately look into what happened, echoing comments by Sen. Carl Levin (D-MI) that the Senate Finance Committee would do the same.
Photo courtesy of Noshin Baharabi