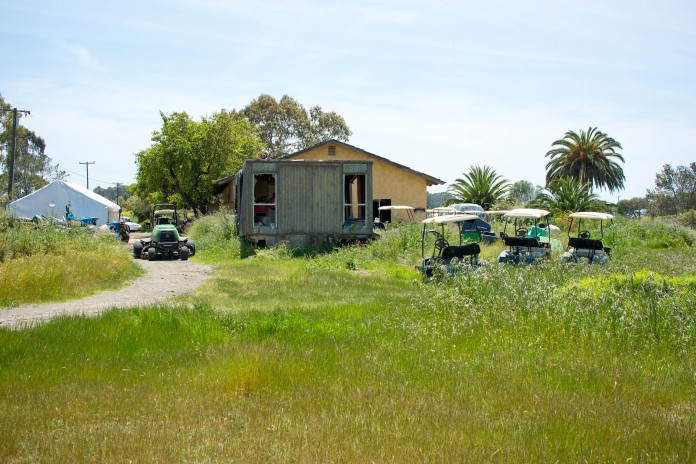 In the 1960s, developers filled the wetlands of the Devereux Slough with topsoil to build a golf course. A half-century later, with the limits of the “conquest of nature” increasingly clear, the golf course is being returned to its natural state.

In both a practical and highly symbolic move towards building a more resilient local ecology, University of California, Santa Barbara has teamed up with an environmental non-profit, The Trust for Public Land (TPL), to restore the Ocean Meadows Golf Course on Storke Road to a protected wetland habitat.

According to the UCSB Office of Public Affairs, the restoration of the Ocean Meadows land will add another nearly 70 acres to a contiguous 580-acre swath of preserved coastal habitats north-east of Isla Vista that include the Devereux Slough and the Ellwood Butterfly Preserve. Like the rest of the protected area, the land will be open for public access and passive recreation, as well as education and research projects facilitated by UCSB.

UCSB Chancellor Henry T. Yang is enthusiastic about the school’s role in the project.

“The UCSB campus is proud of its efforts,” Yang said. “The addition of the Ocean Meadows property will allow us to collectively implement a more inclusive, coherent, and comprehensive management plan for the entire Devereux Slough. We look forward to working together to preserve this beautiful and ecologically important area…now and for generations to come.”

TPL, a national non-profit focused on conserving open space for public use, spearheaded the project with the help and consultation of UCSB’s Cheadle Center for Biodiversity and Ecological Restoration (CCBER). After a five-year campaign through local regulatory bodies, TPL finally purchased the Ocean Meadows property for $7 million in March. Last Tuesday, TPL donated it to UCSB, which will serve as the long-term steward.

While TPL is leading the fundraising effort, UCSB, and specifically CCBER, will be in charge of the long-term oversight of the land with the triple purpose of education, research, and public access.

The project will transform a notoriously unsustainable form of land development, the golf course, into a highly valuable ecological system.

Coastal wetlands, once a key ecosystem in Southern California, have been largely destroyed by modern development patterns. With their destruction has come the loss of their vital ecological roles of water purification, flood protection, shore stabilization, groundwater recharge, and fish and wildlife habitation. Many of these functions are proving increasingly important as the exigencies of climate change and a rising sea level crystallize.

According to Carla D’Antonio, faculty director of CCBER, the contiguity of the Ocean Meadows parcel with other protected lands is important for the integrity of the system.

“Taking away the golf course and putting the wetland back really helps homogenize the nature of that area as an intact habitat, instead of having all of these interruptions,” she said. “All the way across Ellwood Mesa to Storke Road will be restored habitat—it’s wonderful.”

While TPL’s campaign took years to be approved by the SB County Board of Supervisors and the California Coastal Commission, the restoration process most likely will not begin for another year. The restoration work is estimated to cost $10 million, of which TPL has already raised $2 million.