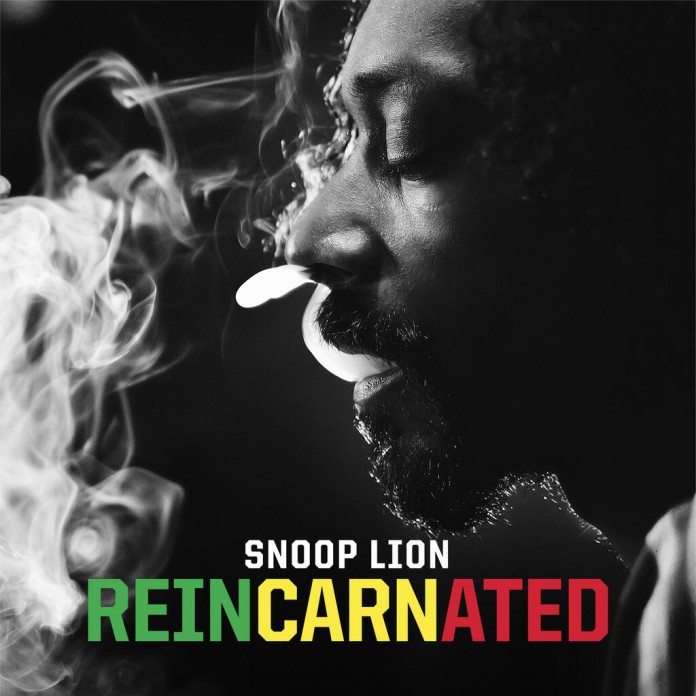 In case you were unaware, Snoop Dogg isn’t a Dogg anymore. In mid-2012, the famed rapper and weed enthusiast took a vacation to Jamaica in order to explore the Rastafarian culture. There, he had a religious awakening and a christening by a Rastafari priest, and he has since adopted the name Snoop Lion, claiming to have been reincarnated. While this may sound strange, it’s not really shocking at all, considering Rastafarianism promotes smoking marijuana as a spiritual activity.

It’s also probably some sign of divine intervention that there are actually people who smoke more weed than Snoop Dogg does.

Snoop’s rebirth has manifested itself into both a documentary and a companion album, both sharing the name “Reincarnated.” I’ll be focusing on the album, which dropped on April 23 and is a semi-surprising departure from Snoop’s traditional hip-hop albums. The rap influences are intact, as is his vocal support of the ganja, but can this mainly reggae-focused effort from the Lion measure up to the legacy of the Dogg?

The short answer to this question is no, but that doesn’t mean that “Reincarnated” is bereft of merit; in fact, it’s an entirely capable and varied album. Right off the bat, listeners should be aware that this is a mainly reggae album. From the opening “Rebel Way” and lead single “La La La” to more memorable tracks like “Here Comes the King,” “Fruit Juice,” and the Akon-assisted “Tired of Running,” it’s clear that Snoop is making a concerted effort to adopt a new sound. That isn’t to say there aren’t some missteps, though. With a solid 80 percent of the album consisting of traditional reggae, a chunk of the tracks get lost in the shuffle. Even after a few listens, I still had trouble remembering what songs like “So Long” and “Lighters Up” sounded like. These tunes aren’t bad by any means; they just get overshadowed.

Aside from the reggae, “Reincarnated” includes a few hybrid tracks that attempt to change things up every once in a while. They’re hit and miss; “Get Away” struggles to find an identity, awkwardly blending reggae vocals with a perplexing EDM-style beat, while the more old-school “Remedy” is a damn fine rap song and one of the highlights of the album. Perhaps the most perplexing track on the record, though, is the new single “Ashtrays and Heartbreaks,” featuring none other than pop superstar Miley Cyrus. It plays like an odd, Caribbean-infused Gym Class Heroes song, and just doesn’t fit in to the big picture. It’s a nice try at a more radio-friendly single, and it maintains the themes of honoring fallen friends and rejecting violence that run throughout the album, but it unfortunately ends up being one of the least enjoyable tracks.

While “Reincarnated” doesn’t benefit much from a dose of Miley, the album is augmented greatly by the other outside contributions. Busta Rhymes puts on a great show in “Remedy” with his signature mile-a-minute rapping style, Akon’s unique voice adds another relaxing dimension to the aforementioned “Tired of Running,” and Drake and Snoop’s daughter Cori B. work together on the stellar “No Guns Allowed,” which is the undisputed peak of the record. It feels like the track absolutely nails down the album’s intentions: to be a perfect fusion of hip-hop and reggae, spreading messages of peace and love. Other notable contributions come from the production team, featuring Major Lazer, Diplo, and Supa Dups, among others, who succeed in creating a sound that is often creative and original.

Of course, this is a Snoop Dogg album at the end of the day, so it’s no shock that there’s plenty of lip service given to his favorite pastime: smoking crazy amounts of weed. Songs like “Lighters Up,” “The Good Good,” and the subtly titled “Smoke the Weed” are obvious homages to the green, but the references pervade throughout. Even Miley gets in on the fun, telling us to “Fill up all those ashtrays” while Snoop sings, “So blaze—what comes up, must come down.” It may be a little shocking to those young’uns who grew up watching “Hannah Montana,” but it’s almost comically logical to anyone who remembers the bong smoking fiasco not long ago. However, while Snoop and friends talk plenty about the devil’s lettuce, the previously mentioned themes of peace and love are just as prevalent. As a result, the atmosphere differs greatly from an album like “Doggystyle” or Dre’s “The Chronic,” giving “Reincarnated” something that’s been missing in hip-hop lately: some heart.

As I said, “Reincarnated” doesn’t stack up to Snoop’s previous efforts, though not much could at this point. The new reggae influence has produced some worthy tracks, but also a noticeable amount of misses and forgettable pieces. Still, it’s hard not to admire and appreciate what Snoop Lion has done with his new awakening. Almost completely reworking his sound was pretty brave, and the “love everyone” mentality that he’s attempting to spread gives his new project a truly genuine feeling. If I had to rate it, I’d put it around three out of five stars, but if you think you might enjoy it, give it a listen. You’ll find that it grows on you more than you’d think it would. It certainly did for me.

TikTok Rings In a New Era for Musicians