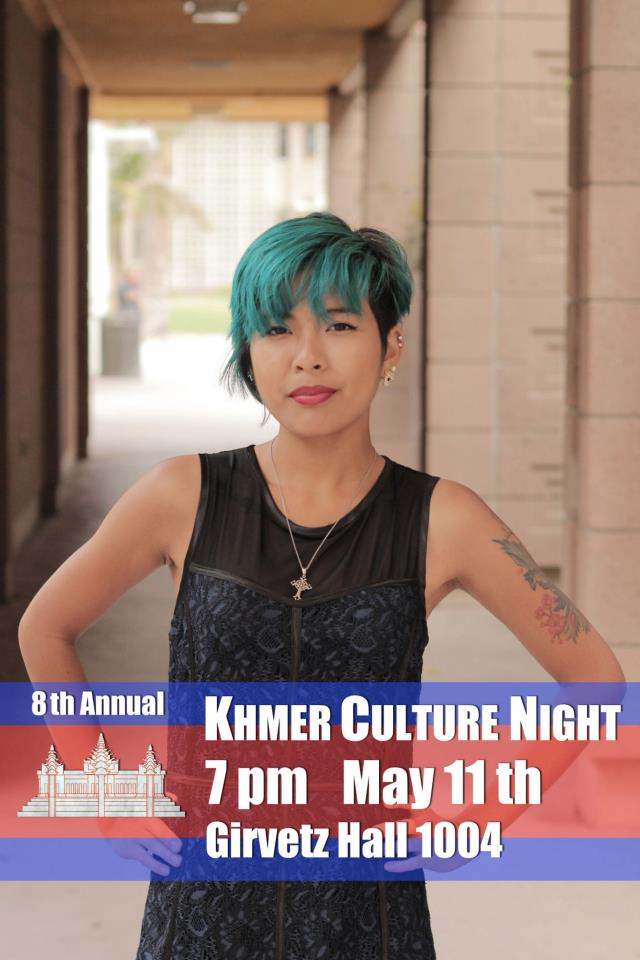 Students from the Khmer Student Association hosted their 8th annual Khmer Culture Night on May 11 to spread cultural awareness and raise funds for the Somaly Mam Foundation, a nonprofit dedicated to ending human trafficking and empowering its survivors.

This year’s Khmer Culture Night revolved around the Cambodian epic poem called “Reamker,” which finds its origins in the Ramayana epic. The story follows Prince Ream, Prince Leak, and Princess Seda, who venture reclaim their kingdom after Prince Ream’s wicked stepmother frames him for his father’s poisoning. Their journey has all the familiar components of traditional legends, such as magic, epic battles, and mythical creatures. A beautiful giantess who feeds on human energy leads Prince Leak astray, giants kidnap the Princess of famed beauty, and the heroic team joins forces with the mermaid queen and the monkey king in order to rescue her.

Khmer Student Association presented the epic tale in the form of a play at Girvetz Hall, drawing on the support of other student organizations like the Thai Student Union and the After Dark program. The KSA began with a video montage showing the work that went into making the show possible, featuring members of the cast rehearsing and preparing costumes that followed the Khmer tradition as well as creating props and other elements they’d need for the play. The play also featured performances of song and dance in the Cambodian tradition, choreographed by members of the KSA.

“I think Khmer Culture Night [KCN] is important to the campus because a lot of people are unaware of the Cambodian or Khmer culture, especially within the Santa Barbara community. KCN therefore allows us to establish a unique identity for ourselves within this community,” said Christin Nolasco, one of the co-directors of Khmer Culture Night and a third-year art major.

The process of putting on Khmer Culture Night wasn’t a brief one, said Nolasco. “The co-directors work on the script together and then we begin casting people at the end of fall quarter or the beginning of winter quarter,” she said. “Our cast members are dedicated to working on the production for nearly the entire school year.”

Though the performance was not devoid of mistakes, an enthusiastic crowd of students, family members, and community members eager to enjoy some of the Khmer culture flocked to the theater to watch it and received it with enthusiasm. Authentic, home-cooked dishes provided by the parents of one of the performers gave the show’s intermission a touch of intimacy and flavor while the KSA collected donations for the Somaly Mam Foundation.

“I am not Khmer, but I was honored to be part of a group that embraced their roots and heritage,” said Charissa Suantawee, a second-year global and religious studies double major who participated in the event. “Everyone was very enthusiastic to share their knowledge that stemmed from their cultural backgrounds, making my experience superbly dynamic.”