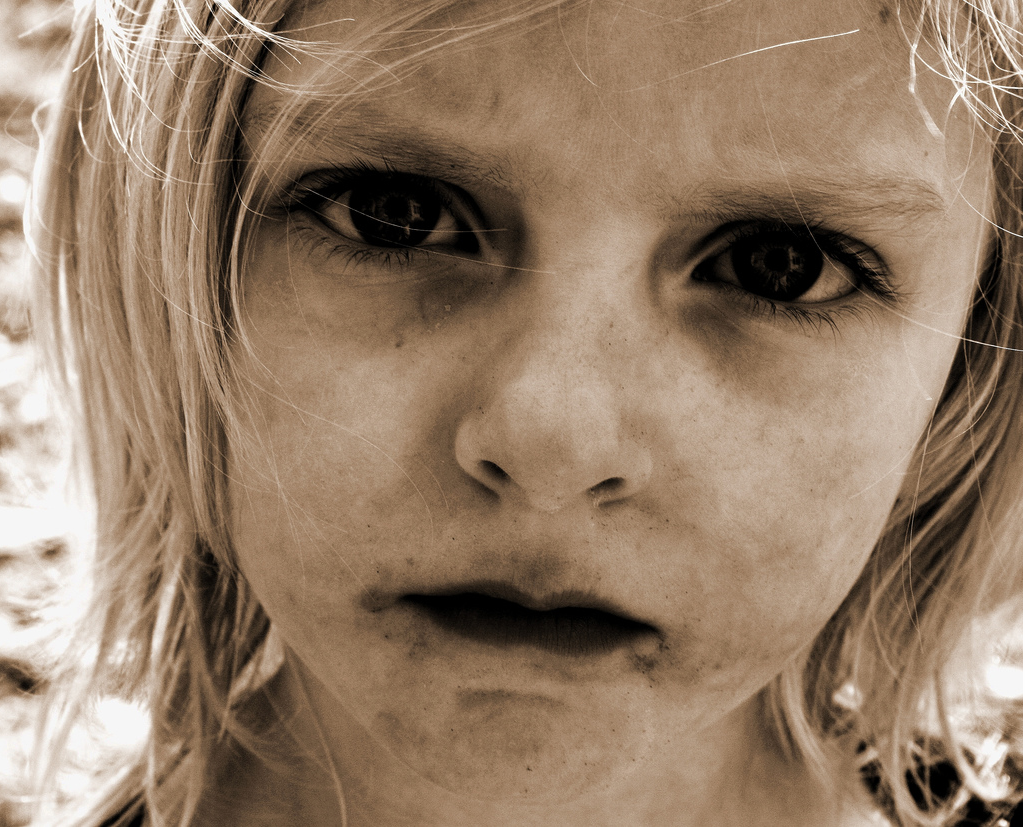 Spain’s ANAR (Aid to Children and Adolescents at Risk) Foundation has created a new public advertisement for an anti-child abuse campaign that has been making quite the buzz over the past couple of weeks. The poster features the image of a child and a message to adults, declaring, “Sometimes, child abuse is only visible to the child suffering it.” However, that’s not all. Visible only to children aged 10 and under, there is a hidden message that reads, “If somebody hurts you, phone us and we’ll help you,” shows the child with a bruised face and includes the number of ANAR Foundation’s hotline. So what’s the story behind this unique advertisement?

ANAR’s ad features a technology knows as lenticular printing. If you’ve ever held one of those holographic trading cards that changes images depending on which angle you view it at, then you’ve encountered the technology before. As Christopher MacManus of CNET explains, “The lenticular printing technique combines two images and utilizes lenticular (biconvex) lenses that can display, depending on the observer’s viewing angle, a single picture.” For example, imagine looking at a cylinder. You can only see so much of its surface area at a time, and this is more or less the idea behind the technology. Lenticular printing is the fastening of a set of these lenses to a screen, which produces the full, changing images.

The ad utilizes the lenticular printing process in an interesting way. Rather than changing the image on the poster based on where the viewer is standing horizontally, these lenses are based on height. The lenses are positioned so that anyone under a roughly average height for a 10-year-old (4-foot-5) will see the message intended for children, while anyone taller will see the generic message. Chris Welch of The Verge discusses the significance of this advertisement: “The benefits of the lenticular approach are two-fold; it allows the nonprofit to effectively deliver two messages to the public using a single advertisement. Even more important, exposing the hotline number only to children was an intentional choice meant to target kids that may be in the presence of an abuser.”

The ANAR Foundation began in 1970 and has worked continuously. According to their mission statement, “Our mission is to serve children and adolescents who call us through telephone lines, to help with their problems or concerns, protect, and empower them in a comprehensive way in all their needs, involving them in the solution to their own problems…through [existing technological means] and new communication systems [that] are developed and implemented in society.” Their programs include email and telephone services that are accessible to both children adults, homes for minors without a stable living environment, and training activities at various universities and institutions. In addition, they have now expanded into Latin America, with branches in Peru, Columbia, and Mexico.

Child abuse is a very serious matter, but innovative ideas like those at the ANAR Foundation can display how creative uses of technology can be useful in ameliorating hardships for many.