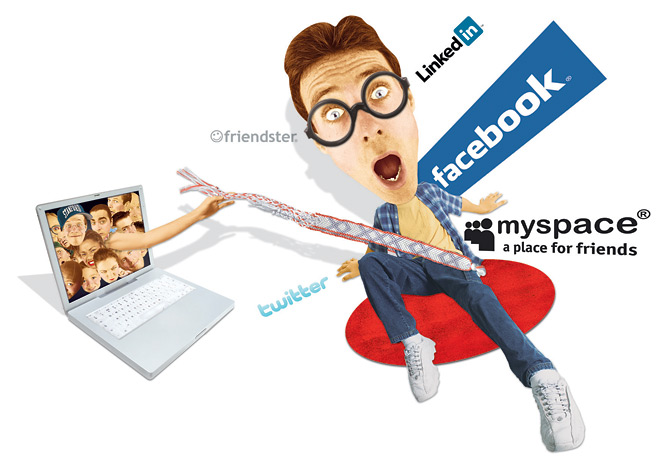 “Millennials,” “Generation 9/11,” “Generation me,” “Generation we,” “generation flux,” “trophy generation,” “net generation,” “Echo boomers,” and “peter pan generation”: these variations for those born between 1980-2000 are meant to blanket label us University of California, Santa Barbara students and our counterparts all around the world. You may notice some of these bynames complement one another while some contradict one another—but which is more accurate? Are we only one of these pseudonyms or are we a set? Who is Generation Y and why do we matter?

Most people agree that in the United States Generation Y is composed of roughly 80 million 13-33 year olds—but that seems to be all that they agree on. The first book published about our generation made us all blush; “Milennials Rising” by Neil Howe and William Strauss depicted us as “conformist, socially conservative, and highly involved in the community with a strong interest in government.” Unfortunately, these studies were done in 2000 when the oldest Y’s were just 18, and if we’re being honest here, you might already see some of the study’s inaccuracies.

In 2006, a book by Jean Twenge booted the “generation we” theory out the window. In “Generation Me,” he “presented data showing generational increases in self-esteem, assertiveness, self-importance, narcissism, and high expectations,” writes Twenge in an article in The Atlantic. Ouch. But let’s see where this goes.

As the title of “Millennials” or “net generation” implies, we are a generation that has grown up with the Internet and all of its fruits. This, we can’t deny. The Pew Research Center 2010 report said that 75 percent of Millenials have created a profile on a social networking site, and that 1 in 5 Millenials has posted a video of him- or herself online. So maybe the assertions of an increase in self-esteem and narcissism have some roots in reality. We did grow up with AOL and MySpace, and we did create Facebook. Most of us do have cell phones with cameras, making selfie shots pretty convenient.

Joe Stein presented a scathing article and multimedia piece in TIME that encompassed our generation as narcissists who send 88 texts a day, use their parents’ credit card, crave reality TV, and feel entitled to everything because our teachers, parents, and AYSO soccer coaches coddled us with participation trophies. Thanks Stein, way to kick us while we’re down.

But what about the other side of the coin? Surely we can’t be this bad. “Generation Flux” was conceived through the observations and predictions that Generation Y will switch jobs very frequently due to our supposed high expectations. Pew published in that same report that 6 out of 10 employed Millenials have reported they have already switched careers at least once, that 60 percent of younger workers say it is not likely that they will remain with their current employer for the remainder of their working life, and that only one-third of Millenials say their current job is their career.

Alright, alright, we get the picture, but what about this? 37 percent of 18-29 year-olds have been underemployed or unemployed during the recession. In April 2012 it was reported that 1 in 2 new college graduates in the U.S. would either be unemployed or underemployed. Now, wait, is this because we’re irresponsible, uneducated, or unambitious? Or because we’ve been brought up in a declining job market, with a simultaneously an increasingly competitive academic atmosphere? Increased public debt has led to higher taxes, less infrastructure and social spending, and painstakingly slow growth. The Heldrich Center for Workfore Development published that over 43 percent of recent graduates now working are employed for jobs that don’t require a college education. 16 percent of bartenders and parking attendants have earned a bachelor’s degree or higher. That’s more than a little unnerving.

And as for the assertions of the “peter pan generation” that delays adulthood by financial dependency on our parents, living at home post college graduation, delaying marriage or having a baby—ever think this may be born our of necessity? We live at home because we’re so entrenched in student debt that our unemployment despite a bachelor’s degree, unfortunately cannot pay rent. We delay marriage and having a baby because half of us can’t even get permanent careers by age 30.

So, excuse us for our “narcissism” and “high expectations.” Isn’t the most common taboo that the seemingly full-of-herself girl is actually the most insecure? Think about it: we may be online on average an hour a day, but we also will be sweeping the floors of fast food restaurants ruminating over Marx, Kant, differential equations, or contemplating Dutch art in the age of Vermeer among other things we learned in our futile higher education.  Alphabetically speaking we are the penultimate generation, but realistically speaking we seem like the royally screwed generation. Call us what you like, Generation X and Baby Boomers, but maybe you’re to blame for some of our unfortunate traits.