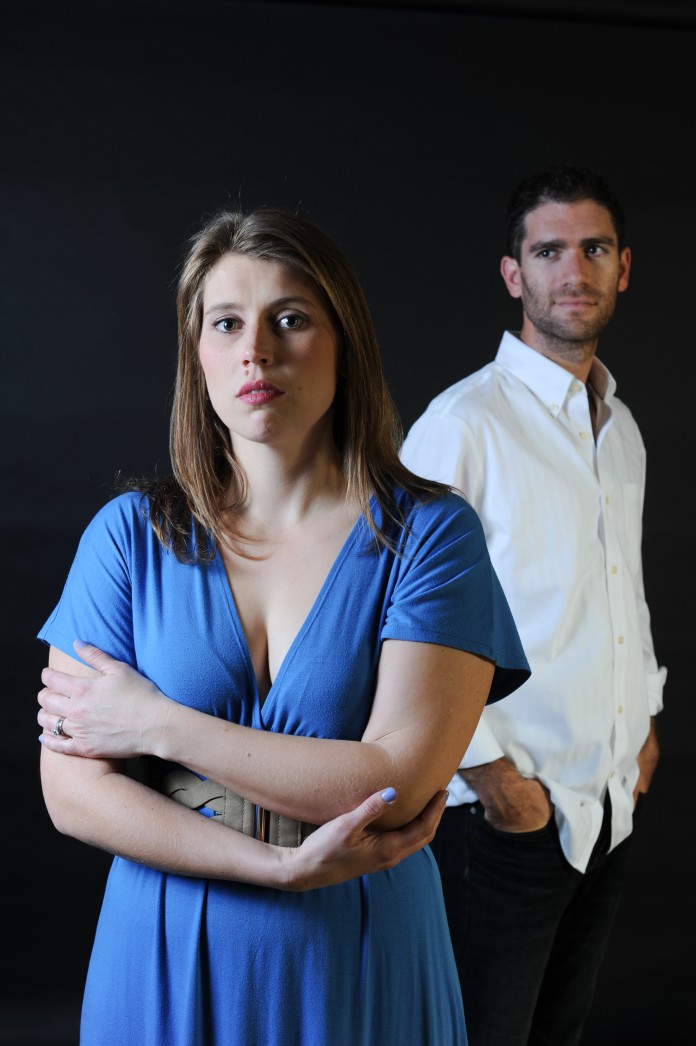 When you think of coffee shop music, what comes to mind? Alternative, probably, or indie. The Yeah Yeah Yeahs, Death Cab, and Imogen Heap. Maybe a little Bob Dylan, if you’re particularly unlucky. Probably furthest from your mind, all the way out there with death metal and polka, is musical music. Sappy love ballads from “The Phantom of the Opera” or upbeat tunes from “Hairspray”—these are the kind of songs you’d never expect to hear amid the clatter of caffeinated drink-making devices while sipping your foamy latte.

On Saturday, April 26, Java Station on Hollister hosted an outstanding performance of “The Last Five Years,” put on by Elements Theatre Collective at 8 p.m. Elements itself is a nonprofit organization dedicated to bringing professional grade theatre to the Santa Barbara community by putting on free shows in unconventional venues, most recently Carpenteria Woman’s Club, McDermott Crockett Mortuary, and Casa Esperanza Homeless Shelter.

“The Last Five Years,” an off-Broadway musical written by Jason Robert Brown, is a study of a five-year rocky relationship between struggling actress Cathy (Emily Jewell) and successful writer Jamie (Elisha Schaefer). Unlike most musical relationship studies, however, this one toys with the idea of time: Jamie’s story moves forward while Cathy’s moves backward, meeting midway in the form of a heartbreaking duet, in which Jamie proposes. Switching back and forth from hopeful to miserable, lighthearted and funny to deadly serious, the complexity of the mood changes reflect the complexity inherent in the relationship as the actors take turns reciting their musical monologues.

The set and props were minimal in this production, consisting of a white folding screen set up in the corner that functioned as a makeshift green room and projection screen, two wooden boxes with cushions on the left, and a desk and stool on the right. The lack of props and set, necessary for a traveling show, contributed to the feel of it; with fewer distractions, I found myself focusing more fully on the actors and their emotions. Lone accompanist Ben Saunders’ tireless and adept piano playing aided my focus, providing a perfect, stable background for Jewell and Schaefer to sing over.

Half a minute in, and as the barista-on-call foretold, the quickness of the audience’s emotional devastation was comparable only to the phenomenon that characterized the first five minutes of Disney Pixar’s film “Up.” Following a series of warm and nostalgic piano chords from Saunders, Jewell kicked the show off with her solo “Still Hurting,” her powerful vibrato almost breaking with emotion as she read and reread her husband’s crumpled breakup letter in heartbroken disbelief. The poignant first scene set the tone for the whole show, which was bittersweet even during the moments of comedic relief.

Jewell’s vocal prowess was present throughout the show; at times, being in the front row took a toll on my ears (although it was certainly worth it). Her quick talk-singing in “Climbing Uphill,” in which she rapidly described an auditioning experience, was both amusing and impressive.

While Jewell stole the show with her impressive vocal skills, Schaefer proved himself equal to fill the roles of both stage clown and flawed, unhappy husband. The comedic highlight of the show, “The Schmuel Song,” found Schaefer jumping back and forth onstage to upbeat piano music, impersonating both the middle-aged, heavily-accented tailor of Klymovitch and his clock. The audience chortled at every voice change and roared when he crooned, “Maybe it’s just that you’re afraid to go out onto a limb-ovitch.” However, the discontent and sadness in Schaefer’s singing and body language increased throughout, culminating in the last scene, at the climatic line, “All I could do was love you hard and let you go,” at which point a chorus of sniffles joined him from the audience.

The venue was cozy and different, the show moving, the actors and accompanist talented, and the cause worthy. The only reason you could possibly have for not seeing the show is the unfortunate fact that it’s over. Fortunately, Elements has more in store for their hungry following. Though the next show hasn’t been announced yet, a wise fan would keep watch over their website and be sure to reserve a spot as soon as possible. If you come early enough, you might even make the front row—and given the quality of this coffee shop production of “The Last Five Years,” that’s something you wouldn’t want to miss.