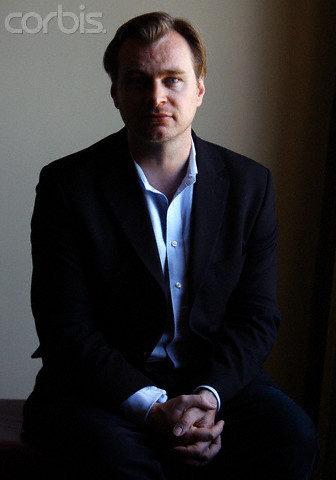 Few directors carry as much prestige and renown as Christopher Nolan, the director of “The Dark Knight” trilogy and the writer and director of 2010’s “Inception.” His films have dominated the box office, with his name becoming as well-known as Quentin Tarantino’s and his specific style receiving exceptionally high levels of acclaim. Both “Inception” and “The Dark Knight” (2008)  hold ratings near 9.0 on IMDb.com, and the phrase “Why so serious?” will forever bring to my mind Heath Ledger’s smeared and cracking face paint, framed by scraggly green hair.

Considering Nolan’s fame, it’s no surprise that the University of California, Santa Barbara’s Carsey-Wolf Center chose three of Nolan’s films to highlight and bring to Pollock theater for their “Tricksters and Labyrinths” series. The memory-confused theme of “Memento” (2000), the magician and science-filled “The Prestige” (2006), and the iconic “The Dark Knight” light up the screen during April, offering students the chance to relieve these films amongst other Nolan admirers.

“The Prestige” was shown at UCSB’s Pollock theater April 17 to a crowded room. The film itself centers around two magicians who, after the tragic drowning of one’s wife, begin a lifelong quest to outdo each other and prove themselves to be the better magician. Traversing Europe and America and stretching from mere slight of hand to the creations of Nikola Tesla, the inventor of alternating current and the first remote controlled model boat, “The Prestige” examines the differences between what we see and what actually exists.

Christian Bale and Hugh Jackman star as budding magicians Alfred Borden and Robert Angier, respectively. Fiercely competitive from the beginning, their rivalry only grows as time goes on. Each tries to discover the secrets behind the other’s illusions, in particular the “Transported Man,” which each executes their own version of and which stands as the key plot point for the film.

The two go to extremes to find the other’s secrets and get revenge. They steal and lie. They wear disguises, paste on mustaches and prosthetics, and even go so far as to send their assistants in as spies to ensure neither one is ever secluded from the other. Nolan uses Borden’s and Angier’s rivalry to hide illusion and mystery in a story told through flashbacks read from the magicians’ journals.

Not to give anything away for those who haven’t seen it, but the reveal at the end, the twist that makes you rethink the entire film, justifies you seeing it again and again, if only to make sure you catch all the slight hints you ignored before.

And there is the genius in this film—it’s a magic trick in itself. If you’re paying close attention, you’d catch the hints; you’d know the end of the story before there was a need to reveal it, or you’d at least have a hint of it.

The unsuspecting audience sits and watches and ignores the signs, and doesn’t ask about the slight weirdness of certain comments or friendships. Just like with a magic show and an actual magician, the audience is too caught up in the show and the energy to question that which they should.

Nolan has a great time tricking his audience as he uses the magic trick designer John Cutter, played by the always wise and grandfather-esque Michael Caine, to his own purposes. Both the beginning and end of the film are comprised of Cutter explaining that a trick has three parts: the pledge, where something is presented; the turn, where something is transformed; and the prestige, where the something is returned to normal.

“Now you’re looking for the secret,” Cutter declares as the film ends, “but you won’t find it because of course, you’re not really looking. You don’t really want to work it out. You want to be fooled.”

For those who search “The Prestige” for its secret, I recommend a second look. Maybe you’ll spot the trap door a little easier, if you’re not too distracted by the disappearing man.