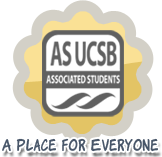 The last AS Elections candidate forum before elections took place on April 18, when candidates running for the position of Student Advocate General answered questions and discussed issues pertaining to the duties of the Student Advocate.

The Student Advocate General position is the only nonpartisan executive position, and its purpose is to serve all students in need of assistance when charged with violating the University Code of Student Conduct. The two candidates, third-year history of public policy major Jorge Villela and third-year classics and psychology double major Kristian Whittaker, discussed issues ranging from campus climate to raising awareness about the Office of the Student Advocate.

The two candidates were also asked to discuss what they think is the most pressing issue students have faced in the past year.

Whittaker talked about the recent divestment resolution and felt that it had created a divide between students at UCSB.

“This past quarter, I’ve seen campus climate shift a lot. There have been a few events that have served to divide this campus, specifically the issue with divestment,” said Whittaker. “As Student Advocate General, it is important to keep a nonpartisan, non-biased stance. This position is there to be a beacon of inclusive mediation. The divestment offered no solution of collaboration. Before the meeting, I would have advocated for a collaborative discussion, and my next solution would have been after divestment with a restorative justice event…I will make sure these bridges are fixed in the future.”

Villela chose to discuss the issue of students feeling unsafe on campus and talked about his plans to implement diversity and safe zone training.

“I think the most pressing issue students face is the issue of feeling safe and feeling that this is home. I hear people fear going in to talk to the senate or to finance board; that’s something that’s a shame,” said Villela. “Every student should feel they have a safe space to go talk. I plan to hold safe zone training and diversity training throughout the university…We shouldn’t have people fear coming in to the office, we need to hear their demands. I plan to work with the administration and the association to have a more safe space for all students.”

The new Conduct Board, which would decide the fate and punishment of many Office of Student Life student groups including sororities and fraternities, was introduced by the Associate Dean’s office and was also discussed.

Villela stated his intent to be at Conduct Board meetings and advocate for students at the hearings.

“As far as Conduct Boards, I feel that it is still my space to go and represent these students, so no matter what, I’m still going to be there,” Villela said. “I need to be in these spaces so I can talk to students and see what the board is trying to get at these students for. I’ve worked with OSL groups throughout my years on this campus and I plan to keep them a priority on this campus.”

Whittaker brought up the issue of the SAG not being allowed to speak in these meetings and wanted to push for a change in this rule.

“I feel that it’s attacking the students on an underhanded level. I found that most student conduct cases are mistakes,” said Whittaker. “The SAG does not have direct say in these meetings. The SAG needs an actual say, and actual voice in these meetings to represent the students…This will not pass as an attack on students.”

In the closing statements, Whittaker outlined some of his goals stating he wanted to work on making policies clearer and more defined while Villela stressed the importance of voting and getting informed on all candidates and reaffirmations on the ballot.

AS Logo courtesy of Associated Students