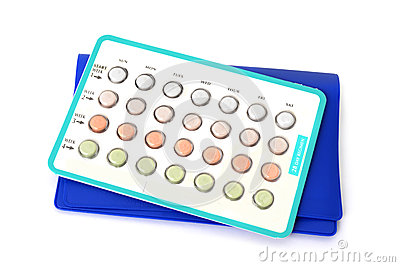 Federal Court judge Edward R. Korman has ruled that the law that requires a prescription all those under the age of 17 to have a prescription for emergency contraception (like Plan B, the “morning after pill”) invalid. In fact, Korman wrote in his ruling on April 5, 2013, that the Food and Drug Agency’s policy is the result of “political interference”—that is, the restriction has nothing to do with health or safety and everything to do with political appeasement.

Somehow, the idea that women should have control over their own bodies and their own health (including reproductive health) is still being treated as a debatable one. But the decision by Korman, who is a Reagan appointee, may help swing our discourse in the right direction.

This issue is a simple one, at its root. Reproductive health isn’t somehow excluded from overall health—but by limiting access to birth control (including plan B), we are risking the health of all females, young and old.

It seems glaringly obvious that forcing someone of any age to carry a child they don’t want isn’t making anyone safer—it is far more likely that a woman will turn to unsafe and dangerous practices than anything. This is especially true for young women under the age of 17, who are, for the most part, still dependents, in high school, and probably living at home. An unexpected pregnancy could result in an unsafe home situation or a loss of any home to return to, because not everyone is blessed with guardians that will be fundamentally supportive and understanding if pregnancy occurs.

Forget the moral claims that enable safe sex is somehow leading our high school students astray. I don’t think it’s anything less than widespread public knowledge that abstinence only education leads to higher rates of teen pregnancy, and it’s time to acknowledge that in our national policy-making. The reality is that some women are choosing to have sex before the age of 17, and it’s difficult to understand why making that sex safe is a bad thing, regardless of your feelings on the morality of adolescent sexuality. Waiting until marriage or total abstinence is completely respectable—but there are a number of personal philosophies that don’t make good public policy.

Additionally, many politicians argued that the restriction was a matter of public safety because it kept someone too young to know what Plan B is from taking it like aspirin. But there are far more harmful products sold over the counter, deemed safe because they don’t have the scary-scandalous edge of female sexuality to them. In fact, Plan B is one of the safest drugs sold over the counter—it is a form of preventative care. Let’s stop allowing our politicians and public figures to dress this kind of issue up as keeping girls safe. These measures are nothing more than measures of patriarchal control over women’s bodies, no matter what rhetoric you cloud it in.

Perhaps this ruling is a sign that we as a society can continue to reduce the policing of bodies of young women and endangering their health under the guise of protecting them, morally or otherwise. Or perhaps not, considering even a quick search regarding the removal of the restriction will yield you enough misinformation and slur-filled rhetoric to make you nauseous. But, hey, at least Korman’s decision makes it a little less tough to be a teen girl, and that’s a step in the right direction.