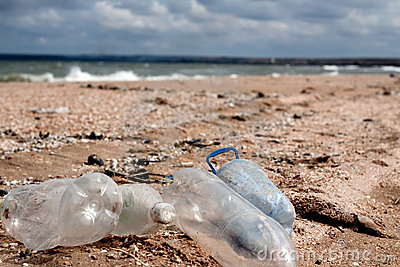 Whiskey Creek Shellfish Hatchery in Tillamook, Oregon, provides oyster seed to 75 percent of the independent shellfish farms up and down the West Coast. So in 2007, when hundreds of millions of the hatchery’s baby oysters mysteriously turned up dead, the implications for the $111 million shellfish industry in Washington, Oregon, and California were serious. What was killing all these oysters? And whatever it was, what did it mean for the future?

About 970 miles south, University of California, Santa Barbara researchers Gretchen Hofmann and Steven Gaines have been studying shifts in the ocean resulting from climate change in an effort to find answers to questions such as the ones raised in Tillamook. Today we know that Whiskey Creek’s oysters were dying because increased levels of acid in the ocean were inhibiting the shellfish’s ability to produce their shells.

But the problem isn’t restricted to the waters off the Oregon Coast, or even just to shellfish. Many ocean species—including phytoplankton and coral—take dissolved carbonate out of the water to create their hard exterior. As greenhouse gas emissions increase and the ocean absorbs more and more carbon dioxide from the atmosphere, acidity levels rise and the water’s pH levels go down. This, in turn, makes carbonate scarce. Further, carbonate shells that are already formed begin to dissolve. The results are potentially catastrophic.

Looking at the pattern of past mass extinctions paints a startling picture for the future.

“All of [the previous five mass extinctions] in earth history were associated with big increases in CO2 as part of the process, so acidification of the ocean would have occurred,” says Gaines, the dean of University of California, Santa Barbara’s Bren School of Environmental Science & Management. “Many patterns of extinctions fit the patterns of ocean acidification.”

During these mass extinctions, coral reefs—the hub of countless marine ecosystems—disappear completely from fossil records and don’t reappear for millions of years. When they do finally come back, usually about two-thirds of the taxa are gone.

“If you project what the pH levels will be in the next 50 years, there are many species that may not survive,” Gaines said. “Gretchen [Hofmann’s] research is painting a picture of who will be affected.”

Hofmann, a professor of ecological physiology of marine organisms, is the expert when it comes to ocean acidification, and has been studying what the consequences will be for specific marine species.

“Ocean acidification five years ago was pretty esoteric,” says Hofmann. “Now state and federal governments are talking about how we think about this incumbent change and its effects on food security.”

Recently, research conducted by Hofmann and her lab caught the attention of the EPA and the California State Water Board. They contacted Hofmann to begin a collaborative study looking more closely at the carbonate chemistry of California’s coastal waters. According to Hofmann, this is about as close as you can get to “having your science really help government agencies start moving in a particular direction.” A lot of their findings are going straight to the executive branch of the government and President Obama’s science advisors.

And while ocean acidification is an enormous issue in and of itself, climate change is affecting oceanography in many other fundamental ways as well. The focal point of Gaines’ research over the past 20 years has been how spatial patterns of fisheries have changed and what sets the edges of where species occur.

Changes in temperature gradients and wind direction have altered the strength and direction of ocean currents. Gaines explained that in the North Atlantic over the past 20 to 30 years, the distribution of fisheries has shifted towards the poles by an average of several hundred miles. It’s likely that this sort of shift occurs in all areas of the ocean.

It is important to understand how those patterns of movement are going to shift as a result of climate change and what that means to those species. As Gaines points out, however, “Even if the species aren’t threatened by the shifts, there are still implications for people: if you have local livelihoods based on fishing near a particular port, and those fish move hundreds of miles in a couple decades, that has big economic and management consequences.”

With the majority of world’s people living on the coastlines and 20 percent of the food that we eat as a planet coming from the sea, these changes have potential consequences in terms of food security. Not to mention that there will be a dramatic increase in global demand for animal protein over the next 50 years, as population and wealth increase.

Gaines concludes that it’s important to continue researching the issues at hand.

Hopefully the work of scientists like Gaines and Hofmann will enable us to mitigate some of these climate-driven problems, even as we’re learning to adapt to the problems that have already been created.