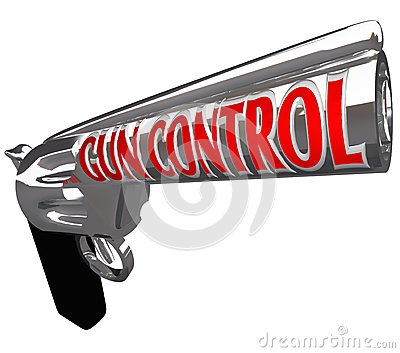 On Monday, the Supreme Court decided not to give its opinion on the constitutionality of New York’s notoriously strict gun laws amid a lively debate in Washington over gun reforms. Without stating its reasons for passing on the case, the Supreme Court allowed the law to be upheld by the lower Second Circuit court in New York, which said the state of New York had a constitutional right to enforce its restrictions. Among the New York law’s most restrictive provisions is a rule that requires residents seeking permits to carry guns in public to demonstrate that they have a special need for self-protection. Similar laws exist in states such as Massachusetts, Maryland, and California, which have also faced similar legal challenges.

Since the massacre in Newtown, Conn., ideological liberals in Congress like Chuck Schumer (D-NY) have been working with President Obama to push for new federal restrictions on gun ownership to curb an ongoing trend of gun violence across the United States. But a number of conservative members of Congress such as Marco Rubio have framed the issue as a matter of states rights, arguing that each state should be allowed to tailor policies to their respective citizens while observing the Second Amendment.

The court’s decision not to rule on the New York law may be the first in a long series of decisions it will have to make on state gun laws in the near future. While senators work on Capitol Hill for a possible agreement on national reform, interest groups and lobbies associated with gun rights issues have taken the fight nation-wide in a slew of state-level legislative fights.

Since the Newtown Massacre, every state in the U.S. has introduced some form of gun legislation, with New York easily leading the nation with 135 new bills. According to the Sunlight Foundation, 121 of the 135 laws introduced in New York were in favor of restricting access to guns. But the post-Newtown vigor for gun control has been met nearly step-for-step by advocates for greater access to guns. During the same period since Newtown, states such as Oklahoma have put forth a flurry of new laws that would weaken gun control legislation that already exists in the state. In that state, of the 56 new gun control bills introduced in the state legislature, 47 proposed to loosen gun laws and increase access to firearms.

According to Politico, Senate leaders Harry Reid and Mitch McConnell have said they have made progress toward new federal gun control that would satisfy both liberal and conservative demands. But one of the crucial dimensions of the fight between state and federal gun laws is how states may act to nullify any progress made by such a federal agreement. According to Sunlight Foundation, 37 states have also introduced new laws that would preemptively counteract federal changes on issues such as background checks, ammunition cartridge sizes and access to assault weapons. Whether or not such laws are constitutional, however, would have to be decided by future Supreme Court sessions.

But few states have been more churned out more gun law proposals in the past six months than California. This week alone, a handful of California State Assembly committees will hear testimony pertaining to at least four laws that aim to curb access to weapons in California. According to the National Shooting Sports Foundation, Senate bills 293 and 374 propose to restrict the sale of conventional handguns and semi-automatic rifles that use detachable ammunition cartridges, respectively. The Senate Committee on Public Safety will debate the bills this week, and will decide whether or not to bring the laws to the Senate floor for a vote.