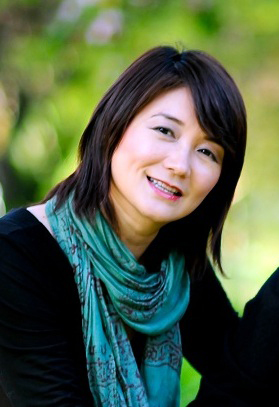 Suk-Young Kim, a University of California, Santa Barbara professor of theater arts, recently won the prestigious James Palais Book Prize for the Association of Asian Studies for her book, “Illusive Utopia: Theater, Film, and Everyday Performance in North Korea.” The Bottom Line was curious about her book on how theater and art can function as propaganda in North Korea.

Q: What made you interested in studying North Korean theater?
A: Growing up, I was raised in South Korea and as such I was always curious about the North. I was curious about the differences between North and South, about the do’s and don’ts. This was especially prevalent when I lived in Russia. As I was living in a socialist country at the time, I began to have an increased interest in the North Korean way of life.

Q: Being from South Korea, do you feel as if you have a bias toward the North?
A: Yes, and it’s very hard to escape bias. I believe that every country has its own bias and most of the time you don’t even know that you have one. When I studied in Russia, I realized that I did have biases that were connected with both South and North Korea.

Q: How does studying theater and art of that region impact your understanding of art as it functions in American society?
A: One thing I could totally connect to in American society is when George W. Bush got elected not once, but twice. I realized that the media in America shouldn’t be taken at face value. What we see on CNN and Fox News can’t always be trusted. We have to inform ourselves as individuals and do research about who we elect to run our countries. I can draw a parallel between the Bush era and North Korea as I believe that both were fueled by fear. I can’t believe Bush got elected twice. We as Americans say other countries have a political bias and yet we allowed Bush to be elected for another term. I think this in itself is absurd.

Q: Can you tell us how North Korea operates to maintain a façade and what their objective is in trying to maintain such a façade both for their country and for the rest of the world?
A: They want to be taken seriously, since they have been isolated for so long. I believe they feel very isolated and they feel quite threatened. They believe that if they don’t have nuclear power, they’re going to end up just like the next Iraq. While I don’t think they are interested in using nuclear power, I can see nuclear power as a sort of deterrent from any threats the North may receive. Internally, they want to use their façade to maintain order within their country. But in the past 20 years, propaganda has changed dramatically. I feel that Kim Jung Ill valorized the military for all its worth.  More recently in the North we’ve seen scientists being held up upon a pedestal. It really goes to showcase how much North Korea has put into nuclear development.

Q: Can you tell us a little about how we as Americans might have misinterpreted North Korea and the way it operates? Should we not necessarily view it as this evil and possibly nuclear force in Asia?
A: The North tries to be a superpower but I don’t think they are quite there yet. The regime is brutal, but we need to separate the people from the regime. When we think of stereotypical North Koreans, we think they are all horrible but North Korean people are actually very diverse internally. We don’t know why they do what they do but we do see defectors from North Korea and we can take this as a way of them saying no to the government. I really do think we should be a little more open minded about the people there in general.