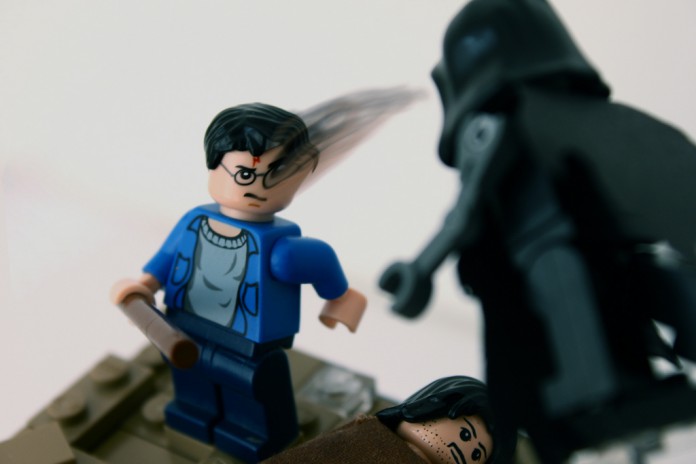 If you don’t know what the “sequester” is, you’re not alone. If you don’t know what a Dementor is then you may be truly uninformed. The sequester is $85 billion that was cut from the federal budget Friday night, and is a part of a plan to further slash a total of $1.2 trillion over the next decade. The Dementor is a foul non-being, whose kiss can suck out your soul rendering you depressed and vegetative. Yes, my age shows when I use a Harry Potter metaphor for an internal fiscal bomb, but maybe people would’ve paid more attention had media used narratives like this about something that, frankly, sounds like a gastrointestinal issue. Stick with me, this could be fun.

To begin with, the sequester, like a Dementor, never meant to harm anyone. Supposedly it was put in place to scare Republicans into negotiating a less vicious plan to decrease bickering. While there’s no use arguing politics at this point, there’s no argument that the cuts are indeed alarming. While it may not wear a black-cloak and fly like a Dementor, the sequester is just as scary and spine-chilling. The biggest cut will be the $42.7 billion taken from the Defense Department (7.9 percent cut). Don’t cheer. It’s not the kind of money that stops wars and drones. It’s the kind that means 20 percent pay cuts at the Pentagon. Two percent cuts to Medicare will take effect in April. The White House estimated that $87.6 million will be cut from primary and secondary schooling in California alone, meaning 187,000 will cease to be served at 1,210 teachers are at risk of losing their jobs. The cuts are by no means the end of U.S. growth as we know it, but they have the potential to slow it dramatically.

They are set to run through Sept. 30, the end of the federal fiscal year, and the Congressional Budget Office estimated that $44 billion will immediately be cut through a furloughing, or basically telling everyone from air traffic controllers, food inspectors, prosecutors, and janitors to not go to work. Federal services like air and mail will undoubtedly slow, as lay-offs have already occurred in preparation for the cuts, and now 30-day notice of furloughs are being issued to government employees. By definition, a Dementor’s job is literally to suck out one’s soul and the effects of the sequester for government employees will probably be equally psychologically damaging to those it affects. Alas, if only the effects of the sequester could be remedied by chocolate like those of the Dementor!

Will the Dementors have an effect on Gringott’s Bank? Our goblins on Wall Street will most likely remain unaffected. In fact, this government shrinkage could prove favorable for the private sector, as a smaller debt makes it easier to lend, making it easier to buy. The economy may still be too weak to see interest rates rise, but it’s not unfathomable. So as the debt mercilessly shrinks in Washington, the private sector will probably suck up more of it.

The big reason that no one paid attention to the sequester is that it’s but one in an army of fiscal Dementors. When the fiscal cliff talks came around on Jan. 1, 2013, both vacation time and the Mayan end-of-the-world motif made for textbook media sensationalism. But now we’ve realized that the deficit is too big, and the debt ceiling is too high to be dealt with in one fell swoop. Many have already written off the sequester and are waiting on bated breath to see if government can prevent a shut-down on March 27, 2013, when the legislation authorizing the government to spend money runs out. The problem then will be one of differentiating one Dementor from another. In this slew of budgetary soul-sucking, it’s going to be hard to point the finger at exactly which policy is responsible for the lay-offs, reduced public services, and public angst in general.

To finish this whimsical, but hopefully informative, comparison, I must emphasize that I’m not saying Obama is Voldemort. Giving him the benefit of the doubt, I’m going to say that Obama was Dumbledore in this situation, using ominous and threatening spells to seek protection of Hogwarts. It’s clear now that the Dementors have fallen to the dark side, and for too many souls, it’s really going to suck.