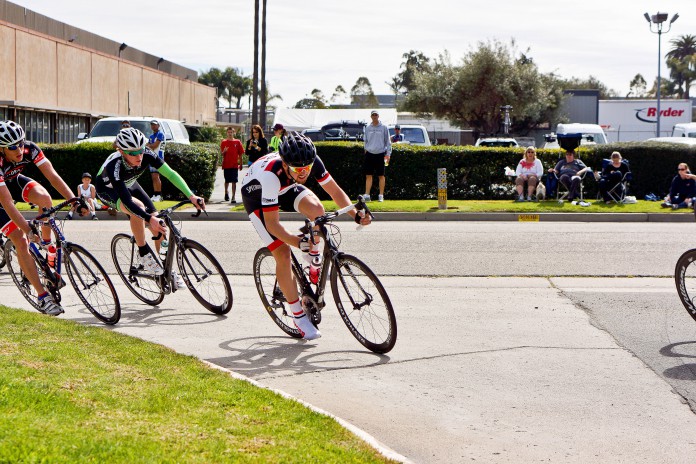 To most UCSB students, bikes are just a mode of transportation from home, to class, and back. However, to the University of California, Santa Barbara Cycling team, it is a passion.
The UCSB Cycling team consists of both male and female graduate and undergraduate students, from beginning competitive cyclers to experienced. There are a total of 32 racers on the team who compete in either road or mountain races.

Third-year biopsychology major and team president, Caroline Ackley, said that their road team and mountain teams compete, but there is also the club side of the team in which people can join for a discounted price.

“We try to encourage new members to join and do whatever they’re comfortable with,” said Ackley, “so if someone wants to join but only wants to race for fun, we are more than happy to have them on our team.”

The cycling team races under the Western Collegiate Cycling Conference (WCCC), a division of USA Cycling, which consists of 23 road teams and 14 mountain teams. The UCSB mountain team, which finished their season back in December, finished in eight place, while the road team is currently in third only behind UC Davis and UC Santa Cruz. Ackley attributes the team’s success to their hard work. “The new members who have joined have really taken off. They practice really hard and train really hard. I’m very impressed with them.”

The competitive members of the team go on team rides, which consist of the team coach Cody taking everyone on a long ride. Whoever cannot keep up is usually left behind until there is a regrouping point along the course of the ride. Ackley says that membership is not only about competing, but that they also encourage members to bond with one another.

“At the beginning of the year we have casual coffee rides to get to know each other and we all ride together,” Ackley said.

UCSB Cycling is sponsored by an array of businesses, such as Specialized, Bicycle Bob’s, and Spy Optics. The money that they receive from these sponsorships go toward renting vans to compete in races up and down the state against schools from all over California, as well as toward buying team bikes to provide for those who want to join the club but may not have the appropriate mountain or road bike.

Abel Fernandez, a first-year cyclist on the team, has really enjoyed his time so far.

“The team is really great,” Fernandez said. “They’re all great people, all knowledgeable, and all into what they do when it comes to bikes.” He also agrees with Ackley about the success of the team. “This year we have a lot of strong riders who have a lot of potential for the season.”

The team has their home races around the Isla Vista/Goleta area, both for road and mountain bikes.

“We’re all really lucky to have the riding we do around here, with the mountains on one side and the oceans on the other,” Fernandez said.

Ackley enjoys where they race, and really tries to get people out to watch them during their local races.

“It’s really fun and intense to watch!” she said. “It’s not just a bunch of people that are riding their bikes around, but the races involve a lot of technique and are very fast paced.” March 2 was their last home race for the year, but Ackley invites anyone to come join them for practices at Sisquoc, California, at 6 p.m. on Wednesdays.