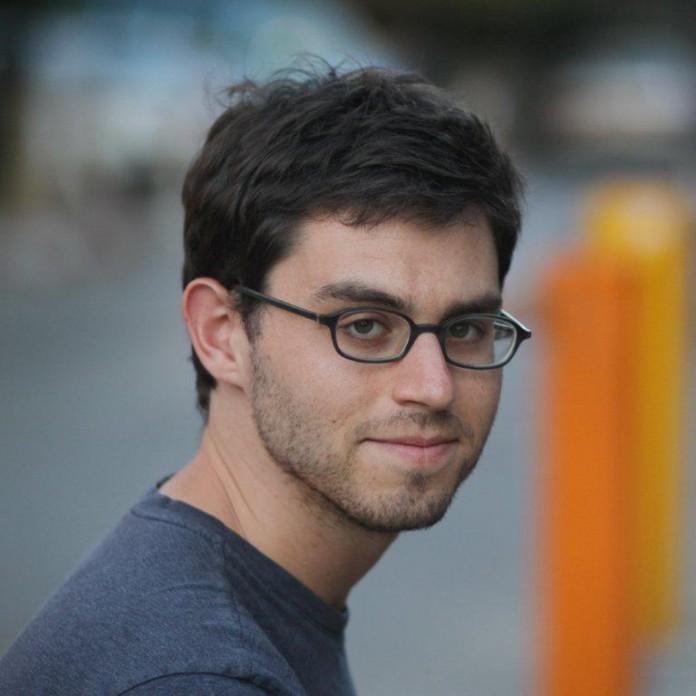 According to Joshua Foer—author, journalist, and U.S. National Memory Champion—we are currently faced with an epidemic. The plague of our time is versatile, universal, and seeps into every aspect of our daily lives. It is the curse of amnesia, born and fostered from a culture that has evolved to support laziness of the mind. He depicts forgetting not as the sickness, but as a symptom of trying to consume too much too quickly without time to absorb.

Foer gave a humor-filled talk for Arts & Lectures on March 4 regarding the work around his book, “Moonwalking with Einstein: The Art and Science of Remembering Everything.” The subjects addressed ranged from our nation’s educational system to mass media to the groundbreaking technology that may very well be our downfall.

One central question dominated much of the discussion: In a world where everything is accessible, how does it change how we view—and in turn, value and process—knowledge?

Foer cited a study done at Columbia University, which showed that once we know something is documented on a computer, our relationship with it changes. We subconsciously give it less of a priority and as of a result, “we engage superficially, and we forget.” This is at the core of the reason why so much time is wasted either scrambling to recollect or half-heartedly attempting to memorize. In fact, people spend about 40 days a year making up for things they’ve forgotten.

A large issue behind the reason our brains are wired this way is what Foer calls a “binge and purge” educational system, one in which students have vast amounts of information stuffed into their heads and are expected to recall details, only to have the information overwritten by the next curricula. This shallow form of learning teaches people to think the wrong way—he maintains that students, especially freshmen, have no idea what they are doing here. This is where knowledge and information are differentiated; one in five American students who have reached high school cannot recall who the U.S. fought in World War II.

“I’m the freaking U.S. memory champion, and I can’t remember any of the raw knowledge crammed into our skulls. Neither will you,” Foer said.

In fact, he was staunchly cynical of formal schooling altogether, which prompted a slew of new questions: “should I drop out of college? What are my parents paying for?”

Another paramount problem in this state of the affairs is the ever-evolving technology and media culture of our time, and how it forcibly reshapes our psyches. Basically, it comes down to limitless, constant, seductive, and blaring information thrown at us. We use these devices as lenses to mediate the world, Foer warns, without an understanding of what is given up in the process. He is convinced that the iPhone 30, “don’t you want it already?” will plug right into the cortex, no thinking required. Foer also cited a new Google project, Google Glass. On the homepage there is minimal text, with lines that reference “evolutionary design” and the ability to get “answers without having to ask.” They have already closed applications.

We externalize, learn shallowly, and diminish what we have already acquired. We are impaired when we try to stretch thin, and in turn lose what makes us human. As Petrarch said, “Who we are is a function of what is in here, not what we know out there.”

Foer states that we incorrectly perceive memory as a bank with a vault when, in fact, memories are constantly with us and are influenced and reshaped by our daily experiences and thoughts. They are the lens through which we see the world, and must be treasured and protected.

In order to avoid this state of mind, a few suggestions on how we live could be applied. It’s an attitude: read deeper and reread. Consume information meaningfully and actively, and make it a dialogue. In a generation of constant stimulation, try to multitask less and cut out distractions from the deliberate topic at hand. Don’t procrastinate. Keep a notebook of cool stuff observed day to day, and look back at it; be interested in the surroundings. Don’t forget to take time to rest and unplug—this is key to absorption. These changes may allow one to truly “implant in the marrow.” When we do not, Foer asks, what are we trading away?

The philosophy that comes across is that infinite knowledge is not equal to wisdom. It is easy to think so, and the mass media culture does little to alleviate this message. Foer encourages us to change our attitude individually, in turn encouraging depth over superficiality and improving the quality of our lives tremendously. This is a lesson that pertains to people of all ages and backgrounds, particularly students training to take their places in the world.

As Foer says, we are here to polish the lens through which we see the world. We must do so correctly in order to change it for the better.