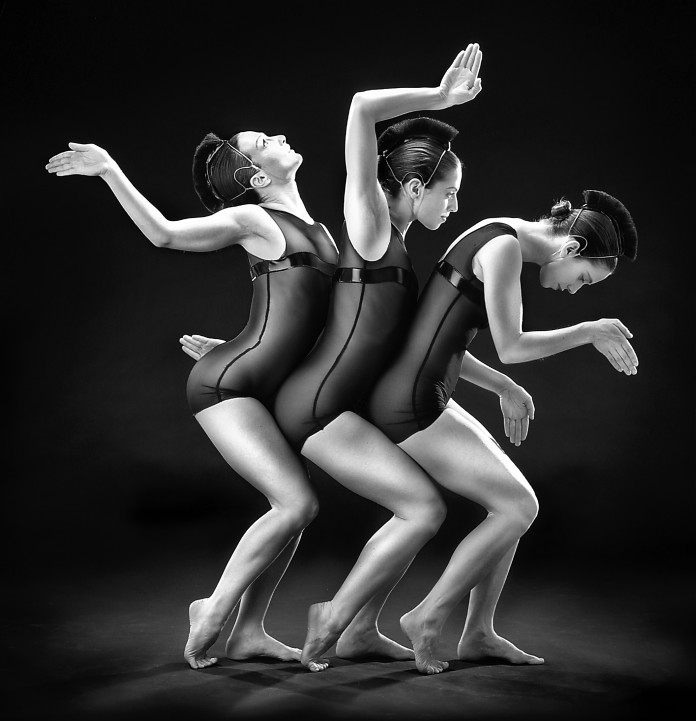 The Santa Barbara debut performance of Compagnie Marie Chouinard allowed audiences to glimpse a world of creatures communicating in a private language of imaginative physicality. Marie Chouinard, the founder and artistic director of the Montreal-based dance company that bears her name, crafted a series of impressions that titillated the viewer long after the final curtain call.

“24 Preludes by Chopin,” the first piece presented, commenced in sculptural stillness that progressed into a series of vignettes: some comic, some tragic, but all crafted with care and thought that was profoundly satisfying to witness. Each vignette commenced with an imprint of the previous one; together, they combined in a kaleidoscope of gestures and encounters. At the conclusion, one was left with a striking series of impressions that resonated on a deeply visceral level of perception. Sophisticated stage lighting was used to illustrate, accent, and imbue movement sequences with layers of meaning.

The second part of the program featured Chouinard’s version of the iconic “Rite of Spring.” It paid homage to the infamous “Rite of Spring” modernist ballet choreographed by Vaslav Nijinsky, which allegedly caused a riot when it premiered its tale of virginal sacrifice in Paris in 1913. Chouinard’s version exuded primal physicality and a passion for procreation. Partial nudity served to transcend gender and explore raw sexuality. A notable difference between Chouinard’s version and the original is that there was no death in Chouinard’s piece. The dance embodied the celebration of the passionate struggle for life rather than a barbaric ritual of sacrifice.

Carol Prieur has danced with the company for 18 years and gained intimate insight into Marie Chouinard’s artistic process. Prieur noted the remarkable level of personal responsibility and investment the dancers feel in bringing to life Chouinard’s choreography. Chouinard invites the dancers to partake in the creative process and become researchers of movement. The dancers work with systems in which they have choices to make in terms of how they embody the movement Chouinard choreographs.

Though Chouinard did not strive to present a narrative, themes surfaced through investigation of movement and energy onstage. There was a strong emphasis on breath, which was perceived as an accompaniment and an additional limb for the dancers to articulate their inner impulses through.

Chouinard performed as a soloist prior to establishing her company and her works evoke the fleeting sense of a series of solos coming together. Yet though there was a limited amount of physical contact, a shared energetic awareness united the dancers in a complex web of connectivity that the audience was privileged to witness.