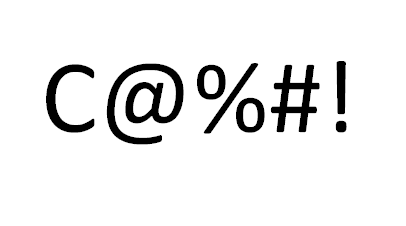 There are always things we remember the most about award shows, and they aren’t necessarily the awards themselves. From terrible hosts to Kanye West interrupting Taylor Swift at the 2009 Video Music Awards, our attention is always grabbed by the things that happen outside of the music or films. From this year’s Oscars, we will remember Jennifer Lawrence’s hilarious press conference and “The Onion” tweeting, “Everyone else seems afraid to say it, but Quvenzhané Wallis is kind of a cunt, right? #Oscars2013.”

Following this controversial tweet were responses from both sides of the argument. Some said that it was social commentary on society’s obsession with celebrities; others said that no matter the motive, no one should say that about a nine-year-old, especially on the biggest day of her life thus far.

I will go one step further to say no one should call anyone that.

The word “cunt” is technically a term for female genitalia, but it is widely regarded as an obscene and vulgar name for it, and is more often than not used as an insult.

Calling someone a cunt, especially a woman, objectifies that person and dehumanizes them into a cunt. As an insult, this causes the word “cunt,” which is technically a name for the vagina, to become a degrading term.

Part of a woman’s anatomy, just like the word “pussy,” has become an insult. That action alone is insulting to women.

By calling a woman—or girl—a cunt, you are shrinking her down to one part of her, the part that society deems most grotesque and taboo. In addition, calling a man the same thing degrades him in a similar way, because calling a man something generally associated with females feminizes that man; this is seen as the worst possible insult because, as society dictates, women are of a lower class than men.

There is the argument the words “cunt” and “pussy,” do have their male counterparts, such as “dick” and “asshole” (technically “asshole” is gender-neutral, but it has a masculine inclination)—so by using insults both male and female, we’re being equal, right?

All these words are gendered insults, but they have different meanings and intentions. Whereas “cunt” demeans the person because of its association with women, “asshole” and “dick” are normal insults because being a man is normal.

So in the end, who’s really being insulted by all types of gendered insults? Women and their fight for equality.

“The Onion” wanted to create social commentary by calling Quvenzhané Wallis a cunt, but they chose the wrong subject and they definitely chose the wrong word. The commentary they created was less based on celebrity-obsession and more on what kind of word “cunt” is and how could someone say that about someone so young.

If everyone were to stop using gendered insults in general, it would be a step toward eliminating the discrimination and stigma regarding women and their lady parts. We would no longer be used as insults to degrade and (God forbid) lower the status of men.

So will widespread usage of gendered insults ever stop? Probably not, at least in the near future. But it’s time that people in the public sphere, like those at “The Onion,” stop thinking of it as just another insult and realize that as a result of its association with women, it is intended to make the receiver less of a person. The anatomy of a woman should never be used to degrade anyone.