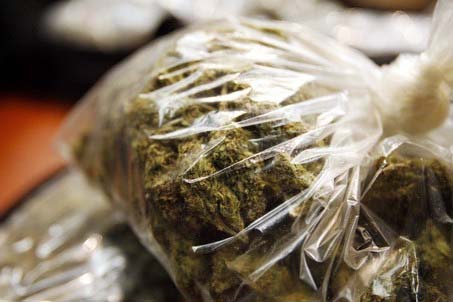 Recently, something called “legal marijuana,” otherwise known as “spice,” “K2,” or “potpourri,” has become something of a fad amongst teenagers. The drug is a mixture of natural herbs sprayed with chemicals that supposedly mimic the effects of natural marijuana, according to a CNN report. Now, a teenage girl from Houston named Emily Bauer has ended up in the Intensive Care Unit after smoking it, which raises the question: how dangerous is this synthesized substance actually?  Bauer didn’t even need to go in a nondescript area to purchase the herb; she apparently purchased a bag of the mixture, labeled “potpourri,” at a gas station.

The fact that the synthetic marijuana was so easily purchased is disconcerting because of how easily it may find its way into the hands of college students. The drug, which hasn’t had any prior support from the government despite the “legal” label, is evidently far more dangerous than real cannabis, and the question of how it found its way into such an open environment without any restrictions on it remains unanswered. However, the drug itself has been in circulation for quite a while, making its first public offering in Europe in 2004. It has been tested in laboratories in places like Germany, where the discovery was made that the actual contents of the synthesized marijuana are not actually listed.

If we’re to be honest with ourselves, weed’s presence is prevalent on campus, and this new synthetic marijuana is definitely a cause for concern. The students of University of California, Santa Barbara have significant amounts of input into the whole situation.

“I feel people should be very cautious when doing drugs, especially synthetic drugs, taking into account one has no idea what they contain and can pose a huge problem to one’s health,” said Juan Morales, a first-year pre-biology major. It’s evident that the consensus with regards to this synthetic marijuana is that it should be regarded with caution. As Morales commented, there is very little scientific understanding behind the actual side effects of synthetic marijuana.

“It is the person’s responsibility to respect their body and choose the right thing [in their mind] to do,” said Andrew Pagan, a first-year computer engineering major. “We might not agree with it at all, but they are an individual and will make the decisions they want to.”

Whether synthetic marijuana becomes a hot commodity within the next few years or not, first-year environmental science major, Simon Hudson, sheds some light on the issue.

“The prohibition of marijuana has led to the creation of dangerous synthetic substitutions for pot,” said Hudson. “The injuries and hospitalizations of synthetic marijuana users are analogous to those of consumers of bootlegged liquor during the prohibition of alcohol. The legalization of alcohol eliminated this issue and I believe the legalization of marijuana can do the same. It’s sad to see a kid go to the hospital because of a social stigma against natural marijuana.” Definitely a view that will generate some debate, Hudson makes a convincing point; although the issue at hand is the legality of the synthetic marijuana, perhaps the underlying issue lies within the legality of marijuana in general.