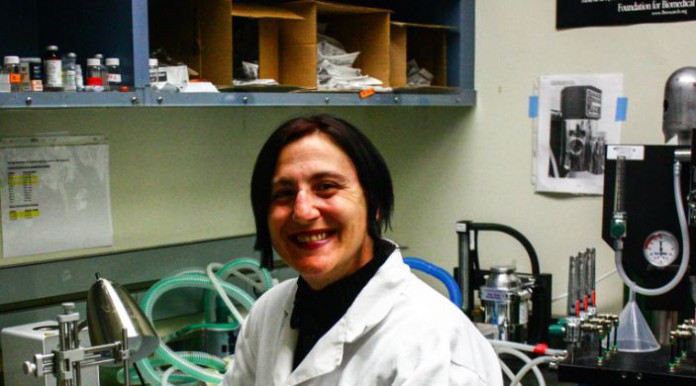 Scientists at the University of California, Santa Barbara are researching cocaine addiction, trying to discover the roots of the addiction and potential treatments for those affected. It’s estimated that over 4.8 million Americans after 12 and over have or continue to abuse cocaine and 15,000 Americans die every year from its use or the complications that result.

The cost can extend beyond that of human life. According to statistic calculated by scientists M.K. Bird and A.J. Lawrence of Australia, addiction can cost up to 3.5 percent of gross domestic product in Western countries, equaling $485 billion in the U.S. in 2007.

Research at UCSB has revealed that the diminished brain function that results from cocaine addiction can be treated and that learning abilities can eventually be restored.

Professor Karen Szumlinski from the Department of Psychological and Brain Science at UCSB and her colleagues Osnat Ben-Shahar and Tod Kippin have researched cocaine addiction and its affect on the brain for several years. Professor Szumlinski has focused on the prefrontal cortex of the brain where decision making is located. This area is directly related to controlling behavior and directing it in a way that is appropriate.

Szumlinski has discovered that a specific drug used to stimulate certain types of receptors can heal the learning impairment when used on rats with a simulated cocaine addiction. Szumlinski said the discoveries are relevant to UCSB students due to the cocaine use on campus.

“As much as we would not like to admit it,” said Szumlinski, “cocaine abuse is very prevalent on this campus. Through interactions with students, I get daily reports of classmates and roommates who take cocaine ‘to keep on partying.’ Of concern is the fact that our students are engaged in cocaine-taking, typically when engaged in other drug use, at a time when their prefrontal cortices are still maturing.”

The prefrontal cortex is one of the last regions of the brain to fully mature and helps weigh the possible outcomes of behavior, focus attention, and organize thoughts. This part of the brain is not fully matured until individuals are between 25 and 28 years of age—generally several years after a cocaine addiction would have begun.

For young students, this means cocaine addiction can cause severe damage to a still growing part of their brain.

“Our data indicates that in adults,” said Szumlinski, “cognitive dysfunction is produced and there is a very high likelihood that repeated cocaine binging, particularly when combined with alcohol or marijuana, is going to alter prefrontal development and alter the capacity of this very critical brain region to function normally for a long time after these individuals have matriculated from our university and are now members of our community.”

Szumlinski hopes that her research will help change the ways cocaine addiction is viewed and treated.

“Our data…should hit-home the notion that addiction is a chronic disorder. There is a strong cognitive component to this disorder,” said Szumlinski, “That cognitive component reflects a learning deficit, and strongly argues that treatment of addicted individuals—be it cognitive therapy, pharmacotherapy or a combination thereof—should persist well beyond the typical three months, as afforded by most health insurance companies.”

Szumlinski said that the time three months covered by most insurance companies is not long enough to help a cocaine addict fully recover.

“Very rarely do patients with addiction receive care beyond the first few months following detoxification,” said Szumlinksi, “We hope that the results of our study…will raise awareness to the fact that certain withdrawal-related symptoms, in particular ones that can precipitate relapse, require time to manifest and thus, individuals with addiction should receive long-term care, as do patients suffering from other neuropsychiatric disorders, to circumvent or attenuate these symptoms in protracted withdrawal.”