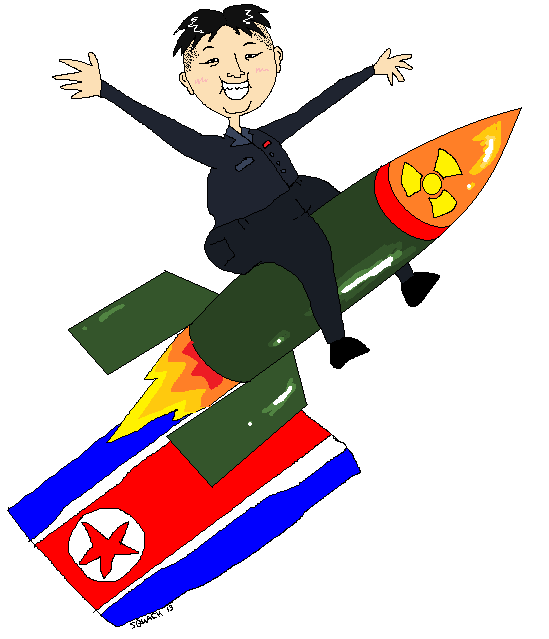 On Feb. 12, North Korea announced that it had successfully conducted its third underground nuclear test, according to NBC World News. Previous tests occurred in 2006 and 2009. This test further expressed North Korea’s general defiance toward the international community, and was condemned by nations around the globe, including North Korea’s communist ally, China. Shortly after, South Korea and Japan convened emergency security meetings with their top officials, and the United Nation’s Security Council held an emergency meeting to discuss new resolutions toward North Korea.

The destructive capabilities of nuclear weapons are well known throughout the world. For this reason, many are asking, should the United States be concerned? If so, how concerned? And why has Iran’s nuclear program seemed to taken the spot light from North Korea? Short answers: yes, not terribly, and pressure from our ally in the Middle East. Let me explain.

Hecker’s final statement brings me to my second point. North Korea will not risk retaliation. The only time nuclear bombs have been used in warfare was when the United States bombed Hiroshima and Nagasaki and brought an abrupt end to World War II in 1945. At the time, the United States was the world’s sole nuclear power, meaning there was no chance of retaliation. Over the last 65 years, multiple countries have achieved nuclear power and nuclear war has not erupted because of the fear of retaliation. This fear, commonly referred to as nuclear deterrence, extends beyond the U.S. and North Korea. According to Yonhap News Agency, Obama has officially extended to South Korea the deterrence offered by the US “nuclear umbrella.”

North Korea’s nuclear program remains ahead of similar activities in Iran; however, Iran’s nuclear program has maintained prominence in the media throughout the world. Why? This attention can undoubtedly be attributed to increasing volatility within the Middle East. Since the eruption of the Arab Spring, the region has attracted worldwide attention. Furthermore, increased tensions between the Israelis and their neighbors have forced the United States to look more closely at Middle Eastern affairs on behalf of its longtime ally Israel. According to the New York Times, Prime Minister Benjamin Netanyahu of Israel has placed increased pressure on the Obama administration to aid them in dealing with the problem of Iranian nuclear proliferation. Obama has pursued diplomatic talks with Iran; however, Netanyahu insists that if nothing is done by the summer of 2013, Israel will take military action.

The modern world is a complex system of misinformation and nuclear power. However, scientific and historical evidence demonstrates that North Korea’s nuclear program is not an immediate threat to the United States. We’re safe. For now.