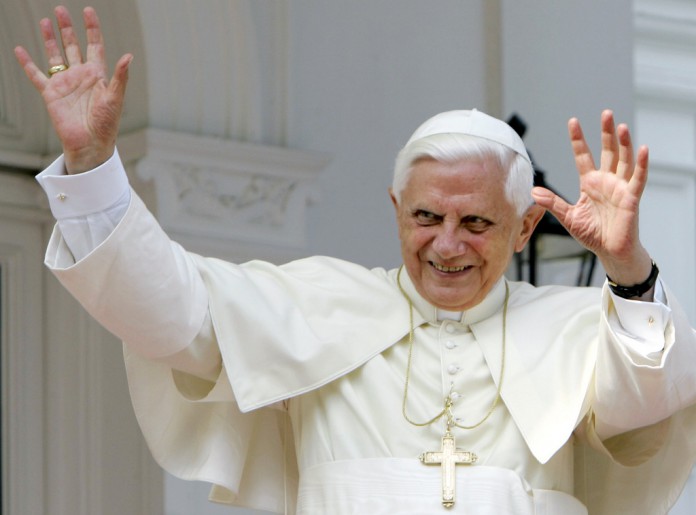 It’s a scary time to be religious. Muslims face constant harassment from the events of Sept. 11. Jews are still fighting with Palestine over Israel. Christians worked through a child sex abuse scandal. Now Pope Benedict XVI has resigned, being the first to do so in over 600 years and leaving the Christian nation in a tail spin over the future of their religion.

Ruling since 2005 with all the physical appearances of Emperor Palpatine, Pope Benedict tried to lead Christians into the future of gay marriage, women’s rights, and equal opportunity by declaring that the Church’s positions on abortion and gay relationships were “not negotiable.” Ah, progress.

This isn’t all that surprising though. Scandals have become the norm for the Vatican. Its uncompromising views have alienated countless potential followers and even encouraged some to leave. According to CNN, today “seventy-five percent of Americans call themselves Christian,” down from 86 percent in 1990. The Vatileaks, created by the Pope’s former butler, leaked hundreds of Catholic documents, further weakening the Vatican’s reputation. In 2008, the Pope caused his own problems by making a prayer specifically designed to help the Jews “be delivered from darkness.”

Pope Benedict’s strict readings of the Bible and its sayings is both hypocritical and isolating. He accepted and put into law the pieces he liked, the pieces by which he could easily abide, and rejected everything else, claiming it to be sinful.

According to the Bible, you’re not allowed to get divorced or pray if you’ve got the same testicular absences as Neil Armstrong. Shellfish are out. Girls, gold, braided hair, and pearls are out. Women also can’t talk, at all, in Church. You can just feel the acceptance and understanding seeping from that little black book we always seem to find in shady motels.

Now, this isn’t just bashing on the Pope, or even just Christianity. It’s an anti-religious rant on every level. The Pope resigned, in theory, due to his old age—and to be fair, 86 is more than old enough to retire. But it feels more like disillusion on his part. After 600 years, he becomes the first Pope to resign. He obviously took the job expecting to die in it and was aware of the physical exertion it would take.

Maybe it was old age. Maybe he was too weak. But I like to hope that he, while sitting in a red velvet arm chair drinking the blood of Christ and feeling more like a vampire with every passing second, realized that his cause was foolish. I hope he realized that fighting against progress, against equality and security and growth, for the mere sake of defending a 2,000 year old moral code, is foolish. I hope he realized that a book written by greedy humans with a need to control the population should have no real say in our society.

I hope he looked out his window at the people below and realized that human decency, traits of kindness and compassion, humility and dignity, moral codes and self control are not implanted into humanity by an omnipotent presence. I hope he realized that if Christian priests could defile their morals by hurting young children, non-Christians could defend theirs by being good people, despite not believing they’ll be punished otherwise.

Religion doesn’t decide how a person behaves. It changes nothing about you besides the ideas you hold to be self-evident and the level you’ll go to defend them. You’re not a better person simply because you’re Christian anymore than you’re better because you’re white or male or rich or American. You’re not worse because you’re Muslim or Jewish or Buddhist. You’re human. That’s it. You’re born human. You’ll die human. And what you do in between is entirely up to you.

And the day the Pope decided to resign, as he gazed upon humanity, I sincerely hope he realized that.

The Costs and Benefits of Increased Military Spending