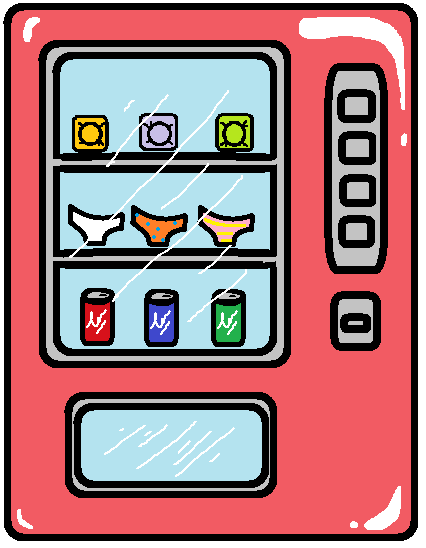 The Health and Wellness Organization here at the University of California, Santa Barbara is preparing to apply for a grant that would provide funds for “health dispensaries” to be installed in the main bathrooms of every residence hall on campus. These dispensaries would contain condoms, tampons, and medication such as Tylenol. The project is lead by third-year anthropology and psychology double major, Atina Manvelia.

“Originally we were going to going to call them condom machines,” Manvelia said. “The point was to increase contraception, decrease pregnancies, and to decrease STD rates, at UCSB especially.” According to Manvelia, 19.7 percent of UCSB students reported to a survey that they have had unprotected sex because of alcohol in the past year.

By implementing the machines, Manvelia hopes to bring awareness to safe sex practices. “Through the vending machines I hope to be able to promote workshops that the Health and Wellness Organization already has,” she said.

The money to fund this project would come from a grant that Manvelia has applied for from the Strauss Foundation. The foundation awards 14 college juniors $10,000 each year to fund a project that would benefit the public in some way. She was inspired to apply for this grant when one of her close friends actually received it last year. “My friend won one of the scholarships and was able to go to Armenia and install a computer lab in a village for a local school. So that sparked my interest in community service and I realized I wouldn’t have to travel across the world to make a difference.”

First-year computer engineering major, Sahil Bissessur, thinks that these health dispensaries would be very reasonable. “I think that it would be a logical step in decreasing the amount of sickness and babies made.” He also believes it will benefit the less motivated. “It makes having to buy those items convenient for the lazy.”

Sakumi Shimada, a first-year psychology major, doesn’t think the machines will necessarily benefit her. “I personally wouldn’t make much use of them,” Shimada said, “but I think others would find convenience in using them because of how easily the products can be obtained. It also saves the trouble of awkward cashier experiences people would encounter in stores.”

Manvelia hopes that these machines will spark an interest in learning more about safe sex practices on campus. “I really want this to lead to the creation of a club or support group for those to learn more about sex and how to do it safely,” she said.

She won’t know until April whether or not she will have received the grant, but she hopes that she can pilot the dispensaries in some of the main bathrooms on campus in the fall of 2013. Manvelia hopes that at that time, those support groups will begin to sprout. As she says, “When you talk about sex with people, you bond at a different level, and I really want to create those friendships and awareness outside of the classroom.”