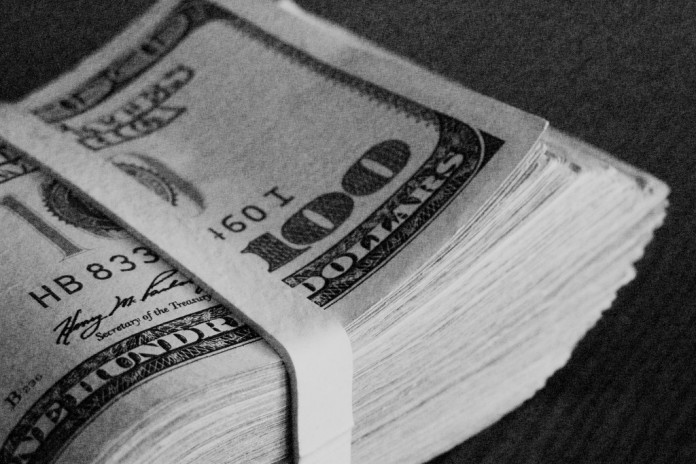 I woke up from the American Dream damp and heaving, attempting to cleave that nightmarish vision from my mind. Still feeling the walls closing in, I dropped from my bed, stood to fight the invisible forces that were preparing me for a bloody demise in the iron jaw of life’s garbage compactor. After cracking a beer and lighting a cigarette, that momentarily unhinged neurosis cooled itself and I sat in the dark attempting to rationalize my division from a system that was rapidly bearing down on all of us.

There is no longer a simple category to designate the economic complexion of nations—modern capitalism has become the euphemism for exploitative corporatism on the degree of George Orwell’s “Animal Farm”—in a money driven economy, the acquisition of property, assets and capital makes some more equal than others. The American consumer is subservient to the beneficiary system of the market economy because he inhabits an insignificant portion of its ultimate sum—though laissez-faire suggests freedom and equality for all, the invisible hand becomes more transparent when it holds a wad of cash.

The unholy irony to the capitalist system is that you are just another commodity to be bought and sold on the open market. If you can pull your head out of reality for a moment and consider your life on a metaphorical assembly line. Your labor value, whether physical or cerebral, is molded by a methodical, chronological participation in schools, colleges, and low-wage jobs until you enter the echelons as an independent working adult, plugging away in your rank little corner as you serve the function you have been taught to rely on. No better than the products we buy, we stand in store-shop windows looking attractive for employers who can no sooner throw us in the gutter once our usefulness has proven outdated.

On basic terms, an excess of money allows you the commercial freedom to pursue the purchase of products and activities that fit the scope of your personal desires. The cruel paradox is that you usually spend the majority of your time earning this money—you relinquish opportunities in order to preserve your social right to act on them occasionally. There is a cyclical futility in the dynamic of the modern wage earner—you spend the vast majority of your life earning money you will undoubtedly spend, and repeat for decades as you fade into oblivion.

If corporations were actually people they might be held accountable—either by law or conscience—for the vast influence they’ve been allowed over our lives. The United States Supreme Court’s Citizen’s United ruling allowed an unlimited amount of corporate expenditure into the American election system; the sway of big business in the modern day is all around us because it comes down from above. Our representatives are in the pocket of lobbyists and market protectorates that demand legislative action for the government they virtually finance. The troubling implications of this oligarchic neo-fascist model could very well lead to an even wider wealth gap between the very rich and the working classes.

On the lighter side, there is little doubt that that the capitalist system allows a certain measure of innovation (there are always new ideas bound to capture the attention of society’s proverbial wallet)—where else would you get the capital incentive to plumb new markets dedicated to the Segway, fleshlights, or the Snuggie? The effort to impart entertainment value on an item by the power of the dollar has scammed many into believing that their time and labor is worth the arbitrary product that comes at its conclusion. The constant bombardment of advertising stimuli and the social precognition to conformity has indoctrinated the American public to the goal of constant asset acquisition—the massive spectrum of products that we call necessary are, to the majority of the international population, first world extravagances.

Here in the United States, the general population has been convinced that freedom of choice means freedom absolutely. The philosophical notion of liberty has been bound and gagged by its subhuman equivalent: market freedom. You have the certain right to do as you wish, but money functions as the catalyst to gratification—either you buy whatever it is that fits your unique perception, or you are constrained by a lack of finances to meet an arbitrary goal. Freedom has been doted on its pedestal for so long that people have forgotten the universal ideal it encompasses. The freedom to spend does nothing more than make you a slave to a monopoly board lifestyle—while continually looping around you pass in and out of jail, find free parking once in a while and pass railroads where disconsolate wanderers fester away in the public’s eye.

Though you are at liberty to believe any economic, political, or social organization is premier above others, the only channels to motivate this change are convoluted by an unwavering precedent to the American system and a misinterpretation of historical legacy. In essence, the quasi-culture of the United States is dedicated to the option of change, but never committed to its fulfillment.

This comfortable assimilation into a predesigned system is enough for most to placidly agree to the indoctrination of socially accepted values. It might be stating the obvious to suggest that an overt and intentional rejection of capitalism is just tough shit—an individual may feel more communist than Marx himself, but he still heads to the market when he’s hungry. In this way, any economic criticism of the established order is nebulous and conditional unless it functions for revolutionary change. Even if this cannot come to fruition, it contributes to the stewing social miasma of young reformist thinkers and sidelined wageworkers intent on subverting a system that has pitilessly disinherited them.

The True Cost of Online Education