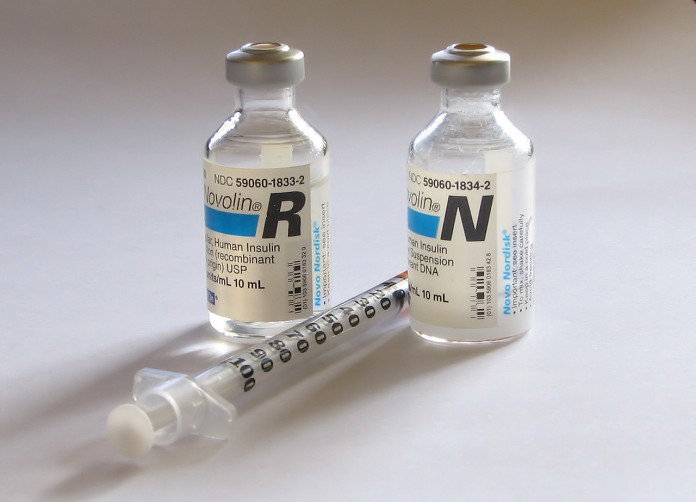 Thanks to grants from both the United States Army Research Office to University of California Santa Barbara’s Institute for Collaborative Biotechnologies and the U.S. National Institutes of Health, UCSB researchers have been able to conduct a unique study on the role of cell metabolism in causing disease. The new study, published in a recent issue of the peer-reviewed science journal PLOS ONE, demonstrates that changes in cellular metabolism, rather than genetic predisposition, may trigger the disease.

Type 2 diabetes has long been linked to obesity—Frank Doyle, co-author of the paper as well as associate dean for research of the College of Engineering, director of UCSB’s Institute for Collaborative Biotechnologies, professor of chemical engineering and the Mellichamp Chair in Process Control, noted that rather than contradicting thoughts about the cause of the disease, they have “sharpened the molecular understanding of the mechanism that occurs in the pancreas for one manifestation of the disease (pancreatic beta-cell dysfunction),” a major step forward in helping better understand and treat the disease.

The work draws on the previous research of Jamey Marth, a professor in the Department of Molecular, Cellular, and Developmental Biology and the Biomolecular Science and Engineering Program and holder of the John Carbon Chair in Biochemistry and Molecular Biology and the Duncan and Suzanne Mellichamp Chair in Systems Biology. In 2008, when he was based in La Jolla (Marth also remains a professor with the Sanford-Burnham  Medical Research Institute in La Jolla), Marth identified the building blocks that form the types of macromolecules that are present in all cells. Macromolecules include essential polymers like nucleic acids (DNA and RNA) and proteins, as well as glycans and lipids.

By studying these four types of these macromolecules, Marth notes that it is possible to understand the source of Type 2 diabetes and several other diseases—in the absence of significant genetic variation, researchers have begun to investigate environmental causes as the source. In the case of Type 2 diabetes, beta cells in the pancreas that normally detect an increase in blood sugar and then produce insulin to control blood glucose levels fail to function; the researchers identified the exact metabolic threshold when these cells begin to fail. This improved understanding of when beta cells begin to fail offers great potential for further treatment of the disease.

The research was done using a unique and powerful interdisciplinary approach using a computational model to better study the beta-cell glucose production.

“This is really the power of UCSB’s approach—we bring biologists and engineers together to solve problems that neither one could do in isolation,” said Doyle. “This problem area is particularly exciting, as it points to the strength of UCSB in solving complex medical problems, despite the fact that we do not have a medical school. The future of medical research will require a more detailed [molecular] understanding of disease, including computer modeling of molecular networks. That’s where UCSB’s research strengths come into play.”

Both the focus and the approach to Type 2 diabetes research at UCSB provide hope for the 8.3 percent of the U.S. population that, according to the American Diabetes Association, have this disease.