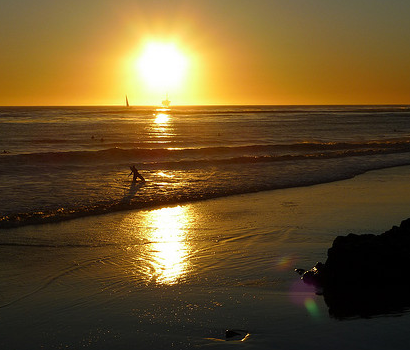 Two 22-year-old students sustained injuries after falling off of an apartment balcony on the 6500 block of Cordoba Road early Thanksgiving morning. Melissa Portillo, a UCSB student, sustained blunt force trauma to the head and died shortly after at Santa Barbara Cottage hospital, while Michael Kuster, a friend of Portillo’s, remained in stable condition at the hospital as of Thursday morning.

Portillo, who originally hailed from Los Angeles, was celebrating her 22nd birthday with friends at the time of the incident. A Sheriff’s Department spokesman stated that the falls were an accident, and said that investigators do not suspect foul play, although he mentioned that alcohol may have been involved. Both 22-year-olds fell over a second-story railing at the top of the exterior stairs to the apartment complex.

When police responded to the scene at approximately 12:58 a.m. on Thursday morning, they found Portillo unresponsive and Kuster complaining of pain to his head and back; both fall victims were rushed to Santa Barbara Cottage Hospital for immediate emergency medical care. Kuster’s condition was stabilized and Portillo was pronounced dead shortly after her arrival.

Friends describe Portillo as a bright and hardworking individual who was devoted to her work and to her relationships.

“She would always be walking around with a huge smile and was extremely outgoing to anyone who crossed her path,” explained a friend and former co-worker who wished to remain anonymous. “When you worked a shift with her, the time flew by.”

One of Portillo’s housemates, Teddy Lee, explained that she was a dedicated worker who was finishing classes at UCSB for graduation.

“I admired her hard work—she was always waking up at like 4 a.m. to get ready for work,” said Lee, who went on to explain that she “wasn’t a privileged student, and it’s so sad she had to leave at such a young age.”

Lee asserted that regardless of the circumstances of Portillo’s death, she and other students in similar situations should be remembered for their passions and their personalities, not for the fact that they partied.

“The fact is so many students drink and party,” explained Lee. “It’s normalized and Melissa shouldn’t be solely known for that fact. I always saw a kind-hearted, beautiful young woman who had such an extreme devotion to her family and friends.”

No memorials are planned locally at this time.