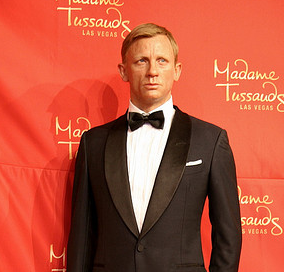 After blowing audiences away with the fantastic “Casino Royale,” Daniel Craig’s James Bond was heralded as one of the best in the series’ history, comparable to the likes of Sean Connery and Roger Moore. When it seemed Bond would return to claim the title as one of the biggest names in cinema, “Quantum of Solace” was released to a relatively poor reception, and was viewed as an astonishing disappointment. Four years later, and following financial troubles within MGM Pictures, “Skyfall” has the pressure of proving that the Bond series still has the magic. Can a new entry in this fifty year-old franchise possibly be up to the task?

Opening with a botched mission leading to the supposed death of everyone’s favorite secret agent, “Skyfall” follows 007 as he tracks down a criminal who has stolen data that could compromise every undercover NATO agent around the globe. While this setup gives Bond a reason to return to the MI6 after he resurfaces, the main story here focuses much less on beautiful women, hardened crime lords and martinis, but rather on Bond’s relationship with M, MI6’s chief operator and mother figure to 007. As the villain makes a personal vendetta with M apparent, Bond must analyze his own ties to her, as they come into question immediately when she jeopardizes his life on the initial failed mission. What follows is perhaps the most introspective and character-driven entry in the entire Bond franchise, with deep explorations of loyalty, consequence, and forgiveness. It’s far more “Batman Begins” than “Goldfinger,” but the continued change of pace in Craig’s Bond iteration is welcome, especially for a series that had become much too reliant on flashy action scenes and crazy gadgets.

Deserving honorable mention are the film’s performances, which are at the top of their class. Judi Dench returns as M for a seventh turn, and she brings the same measure of cold, calculated grace as she has for years. Even as her character becomes darker and more complex, she handles the transition just as well as you would expect from a veteran like her. Naomie Harris and the gorgeous Bérénice Lim Marlohe tag team the “Bond Girl” role, each turning in a great performance (with special mention going to Marlohe for a few key, gut-wrenching sequences). Javier Bardem of “No Country for Old Men” fame enters the series with a chilling portrayal as new Bond villain Raoul Silva, still retaining the crown for one of the most terrifying actors to ever grace the silver screen. And then, of course, there’s Daniel Craig, who continues his campaign for the title of the best 007 in franchise history. Craig brings a measure of pain and grittiness that the series has never had, and his third attempt may be the greatest of all the films. In fact, Roger Moore himself noted that Craig’s performance in “Skyfall” might be enough to elevate him past Sean Connery as the defining portrayal of Bond. Speaking of redefining characters, worthy of a quick note is Ben Whishaw, who usurped the role of Q and turned in a brilliant reimagining of the character for the new century.

With the excellent story and performances all in place, the film built around these aspects is equally fantastic. Sam Mendes, director of “American Beauty,” does a fantastic job of managing the quieter and more somber moments while still giving the signature 007 action sequences their time to shine. Neither feels forced, and the changes in tempo, color and sound complement each other nicely while giving a strong and memorable impression. Bond has finally become beautiful. References to previous conventions of the franchise abound, with the reintroduction of Q and a couple of other familiar faces to series veterans, lip service to quotes from older films and the inclusion of a certain Aston Martin DB5. Adele’s “Skyfall” also ranks up there with some of the best theme songs to date, such as “Diamonds Are Forever” and “Live and Let Die.”

Where the 007 series needed a solid entry, “Skyfall” has produced arguably the best Bond experience in franchise history. With a story that affects the very core of the series, performances that transcend simply filling in the well-established archetypes, and incredible production values, this latest outing is the full package. Clever, beautiful and action-packed, it is a love letter to fans of 007 and moviegoers everywhere. Fifty years later, Bond is back with a bang.