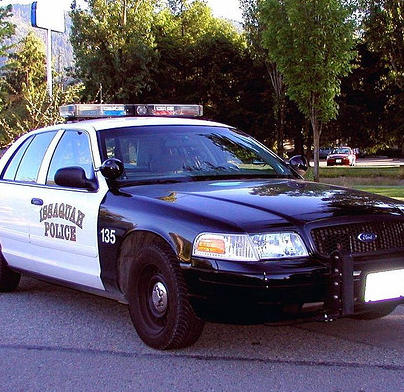 Peter McGlynn and Holt Dunlap, of the University of California Santa Barbara Men’s Soccer and Basketball teams, respectively, were each arrested in the past week for personal indiscretions.

Peter McGlynn was detained by campus police following the soccer game, a 2-1 loss against UC Davis on Oct. 28, according to the Santa Barbara Independent. After an emotional shouting match, McGlynn charged the referee and pushed him, an extremely serious infringement. Dunlap, on the other hand, was arrested near the scene of a trespassing incident in Santa Barbara on North Milpas Street. After allegedly entering a resident’s house, Dunlap escaped but was then caught later, and was identified by the victim. Dunlap has been suspended from the team pending a resolution of the case, also according to The Independent.

McGlynn’s arrest was an emotionally charged byproduct of the loss of an important soccer match, while Dunlap was arrested on his own time, separately from his school and team. The soccer game against UC Davis has received dramatically more publicity because the incident with McGlynn occurred in front of a crowd of more than 2,000. In essence, Dunlap’s arrest followed in the wake of the school-wide response prompted by the soccer issue.

Aside from the firestorm of criticism that follows these sorts of events, it is apparent that the school Athletics Department is looking to move past the arrests.

Tom Hastings, Deputy Athletics Director at UCSB, declined any additional comments on the issue aside from UCSB’s official press release about it.

McGlynn has since been “removed from the team” and UCSB has opted to “forego any opportunity for postseason play this season.” This is an expected reaction from the school regarding athletic discipline, articulating the responsibility of the Athletics Department to regulate official violations.

In the same press release regarding the Men’s Soccer incident, Director of Intercollegiate Athletics Mark Massari voiced his opinion to reinforce the decision.

“I hold everyone in our program responsible for representing the university in a positive manner at all times, top-to-bottom,” said Massari.

The Athletics Department at UCSB has a reputation for its professionalism and adherence to NCAA rules, but they don’t have the power to prevent infractions, they can only enforce appropriate punishments.

After speaking to a few students familiar with UCSB Athletics, it seems as if some are willing to accept the arrests as individual infractions, not as an indication of the whole school’s guilt.

“I get that two athletes getting arrested from UCSB reflects poorly on our school, but will I stop respecting the commitment they show to our university? No,” said Marcos Aguilar, third-year English and philosophy double major, and collegiate sports fan.

Christian Whitehair, a third-year economics and accounting double major, was not as willing to give the students leniency.

“I’m disappointed. The shove [McGlynn’s] was even on video. We lose respect as a school of integrity when our players do these things,” said Whitehair.

The Athletics Department has reinforced that they will hold players accountable for their representation of the school, and the severity of the McGlynn and Dunlap situations are reflected in their official university punishments. Each of the students have been held responsible for both of their actions, but the effect of their decision reverberates to their respective teams and the university as a whole. With such a varied and well-opinioned school population, a diversity of viewpoints on the issue is expected.