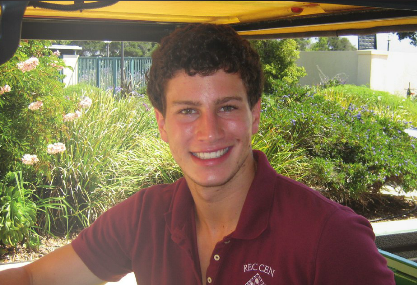 This past Saturday, authorities identified a body found on the beach in Isla Vista as 21-year-old David Propp, a student at the University of California Santa Barbara. Propp, a fourth-year physics major, was involved on campus, working at the UCSB Recreational Center and participating in various musical groups up until the time of his death. A skilled singer, Propp was a long-time member of the student a cappella group “Brothas from Otha Mothas” and had a prominent role in the student production of “Grease”.

The UCSB Rec Cen, where Propp was in training to be a supervisor, released a statement regarding his death, stating that, “David was a beloved member of our Rec Cen family. He was someone that everyone could look up to and learn from. His happiness was infectious, and he brightened the day of everyone around him. He is sorely missed, fondly remembered, and dearly loved.”

One of his friends and co-worker of two years at the Rec Cen, Angelo Catalano, contributed his impressions of Propp.

“Every story will be consistent with him being a really hard worker. He’s the most positive guy I’ve ever met in my life, 100 percent optimistic all the time, on his worst days,” said Catalano, a fourth-year psychology and philosophy double major. “He was the most genuine man. Everything he said was sincere, and he would never let a compliment go unsaid.”

These positive words of remembrance extend far beyond those who knew him from work. Propp was involved in musical theater on campus, and played the role of Roger in the 2012 spring production of “Grease.” One of the cast members, second-year political science major Kevin Mahn, described what it was like being in the musical with him.

“He had this contagious smile that could brighten up your day instantly. He was the kind of guy who never had a bad thing to say about anyone. I’m absolutely honored to have had a chance to work with him,” Mahn said.

Music as a whole was a huge part of Propp’s life. The vocal group he was in, “Brothas from Otha Mothers,” or BFOM, will be singing at his memorial this Wednesday and performing a concert in honor of him on Saturday.

Adam Courtin, one of his housemates and a fourth-year member of the group, said that they are planning on sending some of the funds from their performance this weekend to his family.

“The brothers will stand for David Propp. I sang the same part as him; we were both tenor IIs. And whatever we can give to him, we will. He’s given a lot, and it’s the least that we can do,” Courtin said.

The concert on Saturday will include a set that they had planned before they heard the news, but will also feature songs in Propp’s name, which he had done solos on before. Many of these—classics such as “Can You Feel the Love Tonight” and “For the Longest Time”—will be performed at the memorial for Propp on Wednesday, as well.

“He expressed himself really well onstage. I have a lot of respect for his quirk,” Courtin said. “He definitely connected through singing and performing, and I just got to connect with the guy on all levels. So many people did.”

Propp’s death, which authorities say likely resulted from a fall off the Oceanside cliffs, came as a devastating shock to those close to him. He will be remembered as someone that people were drawn to, and as truly kind and sincere.

His memorial will take place in the UCSB Rec Cen at 2 p.m. on Wednesday. This event will serve as an opportunity to commemorate his life, which was and will continue to be valued by everyone who knew him.

Photo Courtesy of The Rec Cen