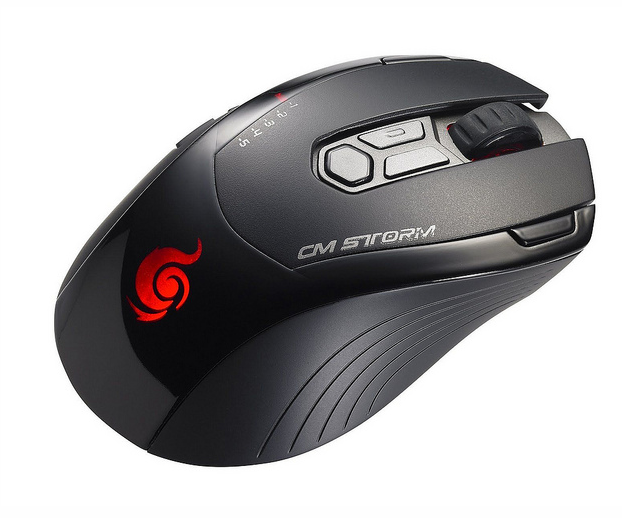 On May 4, 2011, a small game developer called Wolfire Games released the Humble Indie Bundle, a collection of computer games from Wolfire and other independent developers for Mac, Windows and Linux. The five titles could be bought on a pay-what-you-want model, allowing consumers to pay as little as 1 cent for the entire package. However, the Humble Indie Bundle was conceived as a charity project, and as such all proceeds from the Bundle went to small game developers and associated charities, with each customer deciding how much of their payment they wanted to go to which organization.

The experiment was an enormous success. During the week of its availability, the first bundle raised over $1 million, with each of the five game developers receiving over $150,000 in proceeds and the rest being donated to two charities. The average purchase was around $10, with several donations of $1337 and some as high as $3000. A dedicated company was soon established to oversee the Bundle project, and there have been multiple iterations across several platforms. Some Bundles generated as much as $5 million, thanks to the inclusion of heavy hitting games like “Braid,” “Psychonauts” and “Amnesia: The Dark Descent,” as well as generous donations from industry royalty such as Valve founder Gabe Newell and “Minecraft” creator Notch.

This past Thursday, Nov. 8, the Humble Indie Bundle for Android 4 was released, with five games—six if you are willing to pay above the average donation of around $6—available for Android phones as well as Mac, Windows and Linux. With three games returning from previous Bundles, is this collection worthy of your donation and of the Humble Indie Bundle name, which has featured some of the best indie games of the decade?

Splice
“Splice,” a title by the developer Cipher Prime, is a puzzle game centered on splicing and mutating segments of genes in order to match a desired shape, which essentially boils down to clicking and dragging portions of the sequence into place. This game is almost impossible for me to describe on paper; it has some of the most unique mechanics of any puzzle game in recent memory.  Individual genes cannot be removed from the sequence, so if they are moved, they must be reattached at other ends of the segment. However, manipulating one side of the sequence will cause a mirrored movement in the other half, created some mind-bending scenarios. Throw in genes that will extend or split the sequence in half at certain intervals, and it becomes clear that “Splice” does not play around. If you have a propensity for puzzlers, this is one title that you should not miss out on. Rarely does a puzzle game completely break the mold, but Cipher Prime has managed to create something truly awesome.

Eufloria
A play on the traditional real-time strategy game, “Eufloria” by developers Alex May, Rudolf Kremers and Brian Grainger centers on colonizing asteroids by using small, orbiting ships called “seeders” to plant various assortments of trees (a nod to the Dyson tree hypothesis, which maintains that a plant could grow on a comet). At the same time, a race of seeders known as “greys” attack and colonize asteroids in the same space, creating a battleground in which to command your army of ships and trees. Planting a Dyson tree on an asteroid will spawn more units that can be used to engage enemies or colonize further, while planting defense trees will release mines that destroy enemy units. The game ends after one side has completely colonized the space. The game mechanics here are easy to learn, with only a few story mode levels needed to feel like a capable commander, and the presentation is minimalistic and quite beautiful. While not the strongest of the bunch, it’s still a great game, and one that would shine given a little more development power. But hey, that’s what this charity is for, right?

Waking Mars
“Waking Mars” is a platforming adventure by developer Tiger Style, which takes place in the subterranean caverns of the titular planet, where humans have recently discovered an ecosystem of plants called the Zoa, as biologist Liang searches for a lost rover. In order to explore the caverns, Liang must collect seeds of the various life forms and plant them in specific areas, causing organic barriers to open and reveal new areas. The gameplay is relatively simple, and as the game progresses it becomes necessary to revisit previously explored areas for more seeds, but there is a clever, puzzle-like process involved in conquering each area. In terms of story and presentation, “Walking Mars” is one of the most well-realized titles in the Bundle. It is also the longest game, taking up to 10 hours to finish. With “Waking Mars” usually costing $5 by itself, it’s a steal as part of the collection.

Crayon Physics Deluxe
Originally part of the Humble Indie Bundle 3, “Crayon Physics Deluxe” is a (predictably) physics-based puzzler from Finnish game designer Petri Puhro. The game consists of a collection of levels where the only object is to roll a ball to collect a star placed somewhere on the screen. The only action besides rolling the ball is drawing a shape with a crayon, which will appear in the world and react realistically based on the physics engine. Objects don’t just float in the air; they have weight, and this can lead to all sorts of interesting solutions to the seemingly simple puzzles. The ball is on one platform and the star is on another? You could just draw a line to serve as a bridge and roll the ball over…or, you could draw a giant hinge, attach an even more giant hammer and use the physics system to hit the ball across the gap like a golf ball. Extra stars are given to complex solutions, and the fun of this title is just tinkering around with the physics, seeing what works in any given situation. With a memorable presentation featuring all crayon-drawn aesthetics, it is a home run for this solo developer.

Superbrothers: Sword and Sorcery EP
Certainly the most interesting game of the bunch, “Sword and Sorcery EP” is a collaboration of game developers Superbrothers and Capybara games with Juno Award-nominated musician Jim Gunthrie, featured originally in the Humble Indie Bundle V. More an experience than an actual game, the title features a sword and shield wielding protagonist on a mythical quest filled with simple combat, magical dimension hopping between the real and a “dream” world and rudimentary point and click exploration. This game is made memorable based solely on its presentation. It features a stylized 8-bit aesthetic that is completely unique, even in the midst of numerous “retro” indie games. The music is also featured heavily, as Gunthrie weaves a composition of pleasant sound effects, dreamy atmospheric pieces, and dark and frenetic arrangements. Rather than hold the player’s attention through riveting game mechanics, “Sword and Sorcery EP” builds suspense by offering an intriguing story and a beautiful world that makes finding each new detail about and musical composition a game unto itself. It is truly excellent, and probably the best game in the package.

Machinarium
Previously released as part of the second Humble Indie Bundle, “Machinarium” is a traditional point and click adventure game by Amanita Design. Reminiscent of such cult favorites as “Grim Fandango” and “The Secret of Monkey Island,” the gameplay is nothing more than the genre would suggest: pointing and clicking. The challenge comes from discovering how certain items can be manipulated, combined, and utilized within the environment in order to move the quirky robot protagonist from one scene to the next. With the robot himself able to grow and shrink at will, it adds a new vertical dimension to the adventure game formula, bringing a touch of originality to a genre that has been dormant for many, many years. Otherwise, there’s nothing groundbreaking here. It’s a solid game that will please fans of adventure titles with its devious puzzles, but it’s probably the least good item in the Bundle. Still, “Machinarium” does its job, more than justifying a donation above the average (roughly $6 at this point).

If you haven’t predicted my recommendation at this point, be assured that this Humble Bundle is well worth the price of admission—a no-brainer when the whole package is available for as low as a penny. The six games offered here demonstrate just why this project is critical to the video game industry. These small developers pour their hearts and souls into these titles, and what results are top-of-the-line experiences that need to be brought into the public eye. Even the least impressive games in the Bundle would be well worth their normal price, and while this is not the best Bundle to be released, it would be a shame if you passed up this opportunity to donate to a great cause and receive six excellent games.