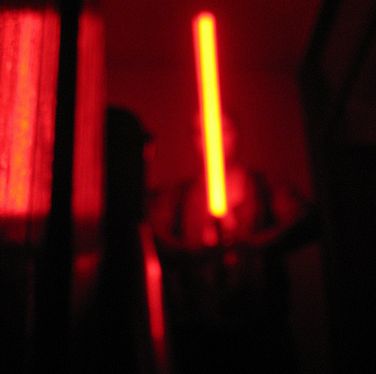 As everyone has heard by now, Disney has bought out Lucasfilm, the company that has been producing the “Star Wars” movies since 1977. While some fans are overjoyed, others have been treating the news with a little more skepticism.

I remember what a treat it was to be allowed to go to the cinema with my father to watch the final “Star Wars” movie almost a decade ago. “Episode III: Revenge of the Sith” was a mind-blowing succession of lightsaber duels and gunfights. Upon numerous re-watchings over the years, however, Anakin’s moody tantrums that inevitably lead him to the dark side in order to save the woman he supposedly loves began to grate a little. The overbearing moral preaching of the force also went from puzzling to downright annoying. The new movie is set to be released in 2015 and, ten years later—with fans ten years older—you have to question what Disney has to say that will be able to reach the wide audience a new “Star Wars” movie will inevitably attract.

A new film will drag the next generation of kids into the “Star Wars” franchise, and I begin to wonder if this is the main reason that Disney bought the company. Not only is there a large backlog of films, toys, books, magazines and a TV show that new fans can buy into, but Disney will also be able to incorporate more “Star Wars” into its theme parks all around the world, boosting their revenue.

With another movie, there will be the opportunity to create a new market, so it is likely that it will be about getting as many new, sell-able characters out to the audience as possible. While the company may have learned something from the negative reception the prequel trilogy received amongst critics, it is likely that a lot of action and a basic plot will be used to once again get kids hooked on the brand name.

Additionally, with the acquisition of Lucasfilm, Disney is now in control of most major players in the current market for children’s films—since it already owns Pixar, Marvel and the Indiana Jones and Muppet franchises alongside its traditional popular cartoon movies. With the revenue from all of these films going straight to Disney, it will be that much harder for other companies to compete with them. One of the only really successful film series to come out in recent years that does not now belong to Disney is the “Harry Potter” series, which has now completed production under Warner Brothers. With fewer options of where to sell film rights, potentially good ideas might not make it to filming.

As far as the scope for stories goes, the “Star Wars” universe is large enough and complicated enough for there to still be some good stories. On the other hand, George Lucas presumably had a plan for the series last time around and, while the original trilogy was good, the prequels were downright bad. Any links to the old series will be thought out after the fact, which means that new films are likely to feel distant from the originals. With Lucas acting as creative consultant, there will probably be few discrepancies, but the question is whether we can really care about any more people in this particular world.

Finally, I find it impossible to support anything that might mean that Jar Jar Binks or his descendants end up on my TV screen once again. It’s time to let the “Star Wars” brand die and allow new and better sci-fi to take center stage.