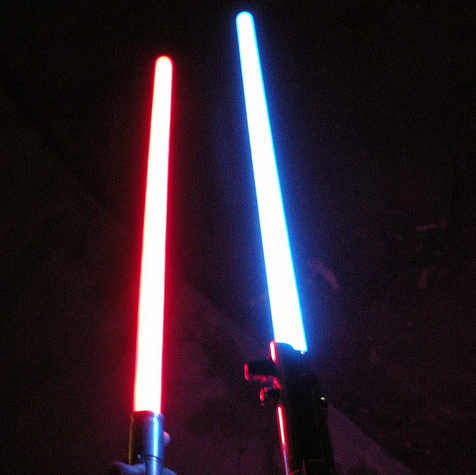 If the news hasn’t reached you by now, Disney recently acquired Lucasfilm, George Lucas’ company and the force (no pun intended) behind, among other things, the “Star Wars” series. Disney then immediately announced “Star Wars: Episode VII” to be released in 2015, which will begin a new trilogy in the storied franchise.

In the midst of this chaotic news, only one thing can be said:

It seems that in the general public, the jury is still out on whether this is a good thing or not. Let me assure you, though, that this is one of the best things that could have happened to the beloved “Star Wars” series. But before some of the die-hard fans come and break down my door with torches and pitchforks saying that Disney will now ruin the franchise (and I’m honestly shocked that some people actually hold this opinion), let me explain myself.

Let’s begin with what is undoubtedly the biggest victory that has resulted of Disney’s acquisition: George Lucas is out of the picture. Gone. His grubby hands are off of this series for good. That may sound like a harsh thing to say about the man who pretty much created “Star Wars” from the ground up, but with myself being a fan of the series, I know that many people share this opinion. The brilliance of “Star Wars” has always been the meticulously constructed world, and how grand the scope is.

Watching the films really felt like escaping into a new universe filled with lightsabers, X-Wings, Death Stars, Jedi and more. However, I think we can all admit here that the acting, dialogue and story weren’t exactly top of the line. Watching “Episode IV” is great, but if I have to hear Mark Hammil (Luke Skywalker) shout “C-3PO! C-3PO!” one more time, I might just tear my hair out. And let’s not forget the train wreck that was the prequel trilogy. I could say more, but do I even need to?

Lucas has a brilliant creative mind, but he just isn’t cut out for writing. Or directing. Or producing. Leaving Lucas with any control of “Star Wars” would just lead us to another film like “Clone Wars.” And that’s why Disney has him attached as a creative consultant, and that’s it. Score one for Disney.

A big question still looms, however: is Disney up to the task of taking a well-respected franchise and improving it while not alienating its fan base?

Now let me tell you a story. On New Years’ Eve of 2009, Disney bought a company called Marvel. I think you already know where this is going, but let me continue. Disney promised that it would not change the nature of the Marvel characters or their franchises, but some fans were still dubious. Their fears were put to rest on May 4, 2012, when “The Avengers” was unleashed. And no one ever worried about Disney owning Marvel ever again. Score two for Disney.

I see no reason that this can’t happen for the “Star Wars.” Besides “The Avengers,” Disney has brought us films like “Curse of the Black Pearl” (no, there are no other “Pirates of the Caribbean” movies) and even “The Prestige” in conjunction with its subsidiaries. If a genius like Christopher Nolan or Joss Whedon can get their hands on “Star Wars,” it may be the renaissance that the brand sorely needs. That, and Mark Hammil, Harrison Ford and Carrie Fisher have already entered talks to reprise their roles for the new trilogy. We may have Luke Skywalker, Han Solo and Princess Leia back. Score three for Disney.

Lucas is out and Disney is in. With the “Star Wars” name desperate to regain its former glory, this is one of the best things that could have happened. Disney has already shown an understanding of the franchise (see: the excellently-received “Star Tours”), and with its film track record, there is no reason to be pessimistic. Pardon the cheesiness of the following phrase, but I see no other way to effectively both conclude my thoughts and send the new owners of “Star Wars” off with my blessing:

May the force be with you, Disney.