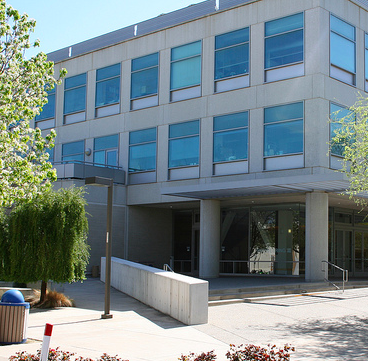 University of California Davis professor Elizabeth Miller came to Santa Barbara to talk about the subjects of her upcoming book, “Slow Print: Literary Radicalism and Late Victorian Print Culture” on Friday, Nov. 9. Her talk on the work and influence of William Morris and George Bernard Shaw offered, to an intimate group of people in the Interdisciplinary Humanities Center, a brief but fulfilling look at socialist print media in the late 1800s.

Miller first addressed William Morris, whose work with the Kelmscott Press and “The Commonweal” undermined the influence of capitalism on print by rejecting mass production and appealing to a smaller, specialized audience.

“He wondered at times if print itself was part of the problem,” said Miller of Morris, talking about the increase in availability of books during his time. Morris was a reformer who believed print, as the product of capitalism, could not be used “to produce anything but apologies for capitalism,” Miller writes in her article “William Morris, Print Culture, and the Politics of Aestheticism.”

“Morris’s horror at the ‘superabundance’ of books echoes Marx and Engles’s disgust at the absurd ‘epidemic of overproduction’ that characterizes capitalist modernity,” she said. To combat this, Morris attempted to change what contemporary print was at the level of production.

According to Miller, Morris believed “typography had made the word into commodity.” During his work with the Kelmscott Press, Morris attempted to create books that promised “a harmony of nature and craft after the socialist revolution” by creating what Miller called “the ideal book,” an aesthetically appealing object that expressed socialist politics by rejecting available forms of print, the technology that made wide-spread literacy possible.

Of course, Miller noted Morris’s critics who valued the more democratic availability of books and publications. As a socialist who created expensive books aimed at an elite audience, Morris seemed like a hypocrite. However, his work became “part of a broader anti-capitalist counterculture,” influencing people who produced cheaper products.

Miller went on to address the work of George Bernard Shaw, who adhered to the “ideal book” standards set by Morris and shared his dissatisfaction with the mass production and commodification of print. He valued the craftsmanship of print, believing mass production corrupted what was once an art. A socialist like Morris, Shaw wondered if democratic mass production of print could exist without serving capitalism, the force socialist printers were attempting to resist.

After the lecture, Miller’s small audience enthusiastically asked questions about the work of Morris and Shaw. Most of them were already somewhat familiar with the topic and inspired a lively dialogue about the ways print was used as an anti-capitalist tool.

Elizabeth Miller’s talk, though brief, offered insight into an overlooked struggle between the democratic burgeoning of print and a socialist desire to reject capitalist influence during the late Victorian era. Her book, coming in December, will further explore this lesser-known but noteworthy topic.