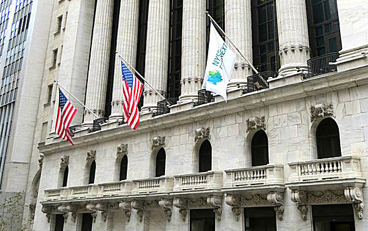 Student tuition and state money from Proposition 30 will be going to pay for debt incurred by University of California medical centers, according to a recent study by graduate students in UC Berkeley’s sociology department.

The 14-page report, “Swapping our Future: How Students and Taxpayers are Funding Risky UC Borrowing and Wall Street Profits,” details how banks like Deutsche Bank and Bank of America are profiting from interest rate swap deals made by UC when taking out bonds for UC Davis, UC Los Angeles and UC San Francisco medical centers.

The report states that “UC management has more than doubled the university’s debt burden from $6.9 billion in May 2007 to $14.3 billion at the end of 2011…UC borrowing is often backed by student tuition, but profits on debt-funded investments have not been used to mitigate service cuts or tuition hikes…UC is currently losing about three-quarters of a million dollars each month on interest rate swaps associated with debt issued for two of its medical centers.”

“UC management has doubled UC debt between 2007-2011, not to invest in the UC mission but to invest in out-of-state enrollment and lucrative medical services that aren’t necessarily in the public interest,” said Charlie Eaton, a graduate student in sociology at UC Berkeley and a co-author of the report.

“When UC borrows this money, they borrow against tuition. Students take on all of the risk. When we have losses on the bets, students pay the price. But when there are returns, none of those returns are seen by the students.”

The report directly analyzes interest rate swaps that UC entered into in 2007, before the market crash of 2008 and 2009. When UCLA medical center was looking to take out loans for the seismic retrofitting of some of its buildings, the center took out bonds, or loans, to pay for those retrofits. The university weighed two choices of interest rates to pay on these bonds: a fixed rate bond at the start of the borrowing or a fixed rate through a variable interest rate swap. In the end, the university chose the fixed rate bond, which is a bond that stays the same over the course of the payment period and provides budget certainty. This decision saved UC over $40 million.

The report criticizes the UC’s failure to renegotiate the interest rate swaps, unlike other companies that after the market crash of 2008 and 2009 renegotiated for a better, lower rate because of the crash. It additionally lays out solutions and, as Eaton stated, does not attack the business deals made by UC in 2007. Rather, it raises the question as to why the UC has not renegotiated its rates, and why students and taxpayers are being required to pay for the failings of UC officials.

The report does not take into account, however, that there are three different financial operating systems for UC. According to Nathan Brostrom, the executive vice president of business operations for the UC office of the president, these three different operating systems play out as three different sources of credit for the university. There is the general credit, for teaching and research buildings, which is where student tuition and taxpayer money goes. The second is limited project revenue bonds, which are used for enterprises that have their own revenue stream like housing, parking and dining—places where you get the revenue to pay for the bonds to build those structures directly from those structures. The third is medical centers, which has one credit for all centers. The money that pays for bonds issued by UC for the medical centers comes from medical center revenue. According to Brostrom there is “no way that general funds are used to pay for medical center debt.” That means that the tuition paid for by students, and the money taxpayers are now paying under the guise that it goes to educate, will not be going to pay for the bond debt of the medical centers.

“Not a dime of your tuition, not a penny, goes to pay for any bond debt service,” said Peter Taylor, chief financial officer for the UC office of the president. Renegotiating, according to Taylor, would be foolish—UCLA medical center is perfectly happy with the rate they are paying and the bond that has been issued.

“The people who have renegotiated swaps are people who were really constrained in terms of the cash,” said Taylor, “but they pay a penalty to get out of the swap. Why will I pay an upfront penalty when I’m perfectly happy with the swap I have? What’s to be gained from renegotiating? We don’t take wild and crazy risks, we’re a public institution, we can’t afford that. Not one penny of proposition 30—anything that goes straight into the operating program of the university, nothing will go to pay back any of the loans we’ve taken out for capital construction projects. I can guarantee that.”

Taylor also noted that two years ago, upon the request of union members fearing a similar issue, a state auditor was brought in to audit the UC system. The auditor found no evidence that student tuition was being used to pay for these bond debts.

“First of all, they [the writers of the report] fundamentally misunderstood the way that interest rate swaps are understood and used, and to imply that members of the administration would benefit from swaps is inaccurate, misleading and inappropriate,” said Brostrom. “It’s a topic that’s worth discussing because it’s very complicated and the issue they [the report authors] raise, should we be entering fixed rate debt, is an appropriate discussion.”