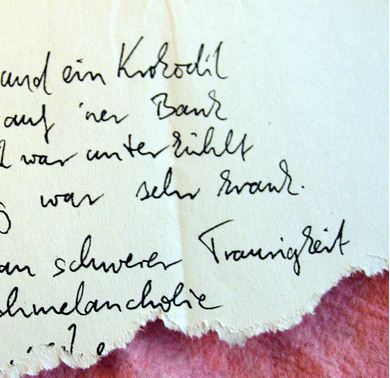 Right Side Up Poets, a group of University of California Santa Barbara’s best spoken word poets from now and years past, took the stage at SoHo Restaurant and Music Club in downtown Santa Barbara on Tuesday, Nov. 13, and presented “Talking To Strangers,” their inaugural performance, in front of a large and energetic crowd.

The talented students were drawn from Professor Kip Fulbeck’s innovative UCSB spoken word course, which is the first poetry course of its kind to be taught at the university level. Its official course name is ART 137: Spoken Word. Since the group’s start in 2011, Right Side Up has entertained and inspired audiences on campus and across the west coast.

“When RSU meets, we are usually talking about upcoming shows and stuff like getting our name out there—sometimes we have new pieces to share with each other as well,” said Demi Anter, a third-year CCS Literature and Art double major and Right Side Up poet. “It’s just getting started so who knows—it may become more of a workshop in the future.”

According to the Right Side Up’s mission statement, the group is “the culmination of dedicated students’ efforts in bringing professional spoken word performance to the Santa Barbara community and beyond, at once challenging and inspiring audiences with their humor, insight and honesty.”

“Talking to Strangers” was certainly consistent with that mission; the audience was shaken at the raw and unfiltered authenticity of each poet who performed. From Professor Fulbeck’s sacrificial poem about Asian American comedians at the beginning of the show, to Eddie Perez and Jinling Huo’s closing song titled “It All Worked Out,” the performers forged an inspirational connection to the audience that inspired both self-reflection and self-expression for all who were lucky enough to take part in the experience.

Spoken word, thanks to its raw and passionate nature, generally has a profound effect on both its poets and its listeners. It is easy to tell when a spoken word performance is a success; the entire atmosphere is transformed.

“It [spoken word] turned my world upside down, and by world, I mean my entire perspective on myself,” Jinling Huo, a 2012 UCSB Art major alumnus, said. “I suddenly realized I was not a large, boring pile of nothing, that I had many, many stories to tell. Suddenly it seemed I was finally free from the trivial fears that had held me back for so long. It was amazing.”

Professor Fulbeck’s course has opened a door for student expression at UCSB, something that many struggle with in a world so full of pressure to fit in and conform with socially constructed norms.  Both Fulbeck’s and Right Side Up’s efforts to spread spoken word and the freedom it offers are commendable. “Talking to Strangers” was a refreshing experiment in honesty and self-expression that the audience at SoHo appeared to truly appreciate.

While unrefined, raw and at times, coarse, “Talking to Strangers” was indicative of how spoken word poetry takes a lot of work.

To complement the high-caliber performances, the venue, set list and other components came together to create a comfortable space for an intimate encounter between poet and listener.

“‘Talking to Strangers’ took all sorts of preparation from both a performance and an organizational side. I had been speaking to Professor Fulbeck and his friend Jeff Bochsler about the SOhO show since early last summer,” said Anter. “From summer to fall we did a lot of preparatory work like coming up with the name, getting our website and Facebook up and running, meeting with SOhO, designing posters, etc. So it was a long time in the making.”

The hard work, as shown through the positive responses from the audience and the emotional investment put forth by the performers, undoubtedly paid off.

“For me, it’s about telling your story. Everyone has so much going on in their life, that sometimes we forget how nice it is to know that you aren’t alone on something,” Melinda Rosenberg, a third-year CCS Literature major and Right Side Up poet, said. “Spoken word gives you this outlet, this space to say whatever you want and to hear the most intimate details from someone else’s life. It’s quite remarkable.”