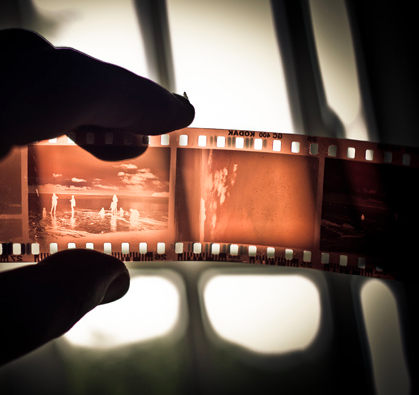 “California Solo,” which debuted at the 2012 Sundance Film Festival, offers a ruminative look at the life of former Brit-pop rock musician Lachlan MacAldonich, a Scotsman who has retreated into self-imposed exile working on a farm in Los Angeles after the heady days of leading a brash existence in the thick of the ‘90s music scene.

The plot, built on the premise of Lachlan being charged for a DUI and having to prove that his removal from the United States would cause “extreme hardship” to somebody in the U.S. as the only way to avoid deportation, could potentially veer into excessive melodrama. However, Robert Carlyle of  “Trainspotting” fame pulls off the role of Lachlan deftly and sets “California Solo” on the right track, conveying the isolation and quiet desperation of an ex-musician who has been left with only demons from his personal life to confront in his post-fame days. Artfully shot against the achingly beautiful landscapes of California and set to an evocative soundtrack, Marhsall Levy’s second film, “California Solo” is an honest and engaging production that speaks to the heart.

Q: What made you want to work on a music film?

A: I think it all started with the character that I had in mind first. “California Solo” is ultimately about a former musician and I really loved the Brit-pop era of music, which is the era that the character of Lachlan is from. It was the kind of music that I listened to when I was in college and I enjoyed the fact that the movie has two original songs.

Q: I heard that you finished the script for “California Solo” in just 16 days—what was the process of that like? Did you create the character of Lachlan with Scottish actor Robert Carlyle already in mind?

A: I was actually working on another project called “Exodus” at that time, but it kind of fell apart because of financing issues. I was sort of depressed as a result of that and started to think of this idea for “California Solo.” I had a really clear vision and sense of how the character was going to be like, so I think because of that I was able to finish the story relatively fast.

It really helped that I sort of had Robert’s voice in my head while I was working on the script…it was the first time I had done that, because he is so distinctive. He also became famous during the Brit-pop time era, so he knew a lot of musicians from that period and was able to bring a lot of personal experience to the movie and to the character.

Q:  How was it working with Robert Carlyle on the film?

A: He was great, an amazing actor. It was a pleasure to watch him perform, do take after take and to try something a little different. He was so true to the role and true to the movie.

Q: I found it interesting how the film was set in California, but experienced from the point of view of an outsider. Was there something about the idea of traveling, escape and isolation that spoke to you?

A: Yeah, my first movie “Blue State” was about someone who had moved to Canada, and “Exodus,” which we plan to shoot in March next year, is about a bunch of Americans who are living in the Caribbean so I guess I do have some interest in people leaving a place, and going to somewhere else that they’ve never been to before.

One of our goals for “California Solo” was to shoot LA in a way that you don’t normally see in towns, and that probably had some connection to the fact that it’s seen from the point of view of somebody who is not from here, since I’m originally from New York.

Q: What is it about “California Solo” that will appeal to younger, college-age audiences?

A: I think the music element of the movie will definitely be appealing, and Alexia, who plays Lachlan’s love interest, does a great job as well. Hopefully the main draw will just be the fact that the movie tells a good story; I think it’s the kind of movie that anyone with an appreciation for a good story about real people can enjoy.