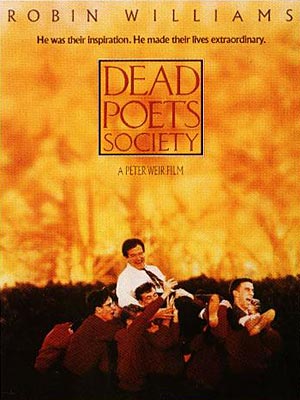 Renowned Hollywood screenwriters will make appearances at University of California Santa Barbara this November as part of the Carsey-Wolf Center and Pollock Theater’s “Script to Screen” event series. Tom Schulman, the Oscar-winning writer of “Dead Poets Society,” and Kirsten Smith and Karen McCullah, who wrote “10 Things I Hate About You,” will be headlining the events on Nov. 8 and Nov. 29, respectively. Both events will take place at Pollock Theater at 7 p.m.

The Carsey-Wolf Center and the department of Film and Media Studies present several events focusing on screenwriting each year as part of the “Script to Screen” series. Introduced in 2011 by Matt Ryan and Joe Palladino, these events concentrate on the translation of screenplays to films, and offer students a chance to learn about how the scripts of many popular movies were successfully adapted by actors, directors and writers.

According to Ryan, the series works toward creating an event that students “won’t get anywhere else” through exploring the inner workings of a screenplay alongside its creators. Because Pollock Theater accommodates an audience of only 300, students’ questions are fielded directly and more personally than larger events.

The pair of events will include a screening of the films as well as a question and answer forum with the screenwriters, where students will have the opportunity to discuss how the decisions of the film’s creators and contributors affected the finished products. A costume contest and chance to win prizes will conclude the events. Past “Script to Screen” events have included a screening of “Back to the Future” and a Q&A with Christopher Lloyd, who played Dr. Emmett Brown in the film; another event featured an evening with the animator Don Hertzfeldt, a UCSB alumnus and producer of the Academy Award-nominated film “Rejected.”

Ryan said that the last few events have featured scene readings taken from parts of the scripts, a portion of the events that the actors and writers especially enjoy and that students find notably interesting because it “gives them a different view of how the screenwriter wrote the script.” For students interested in screenwriting who don’t know where to begin or how to write an engaging script, learning how familiar scripts were written “makes the process seem less difficult,” and encourages them to keep writing.

The Carsey-Wolf Center holds many other events throughout the year, working in collaboration with several media initiatives to expand students’ understanding and knowledge of various forms of media literacy. As one of many job opportunities for students available through the center, the Pollock Theater offers a unique internship for students interested in the production and direction of theater events. In addition to attending workshops, Pollock interns are given first-hand experience working on media events like the “Script to Screen” series. Students interested in screenwriting or film studies benefit not only from the advice and perspective of writers who have translated their storytelling vision to Hollywood, but also from the opportunity to become a part of the expanding department of media studies. The interns produce and direct six “Script to Screen” events each year, two per quarter, and work hard to find engaging films that will appeal to a wide audience. In the words of Ryan, “the goal is to choose films that both students and the community will connect to,” but the interests of the students take center stage.

Considering that there is a limited number of opportunities to speak one-on-one with well-known screenwriters of popular and beloved films, it is arguable that the “Script to Screen” events do nothing short of placing student interests at the forefront and in the limelight.

Photo Courtesy of the Carsey-Wolf Center