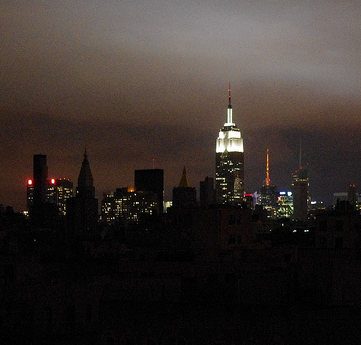 Hurricane Sandy hit the East Coast as a post-tropical cyclone on Oct. 29. In the aftermath, at least 90 people have been reported dead, and millions of people are still without power, food and shelter.

The State of California has sent aid to help the recovery effort. Preliminary estimates by the catastrophe risk-consulting firm Eqecat place the overall cost of the cleanup operation between 10 and 20 billion dollars. A national emergency so close to the election has the potential to impact voter turnout and may influence voters’ choices, meaning that the effects of the hurricane could be felt throughout the United States of America.

According to weather reports, wind speeds up to 78 mph were recorded at the JFK International Airport in New York on Monday. There continues to be deep flooding in residential areas, with the highest recorded rainfall at 12.55 inches in Maryland, and flooding in Manhattan’s Battery Park subways reached a record high of 13.88 inches. Further south, the Appalachians have experienced unusual snowstorms, as the hurricane collided with winter weather fronts.

On Oct. 28, the mayor of New York, Michael Bloomberg, advised 375,000 people to leave their homes and said that hospitals in danger areas would be evacuated. Airports, schools, public transport, the stock market and Broadway were all closed in preparation for the storm. Although these are now open, millions of homes are still without power. Charities are working in the affected states to provide shelter for people left homeless and mobilize volunteers to help with the relief effort.

With the upcoming election, it must be questioned whether Hurricane Sandy will have a negative effect on voting numbers, particularly in states that had already opened for early voting, such as Maine and Vermont. Many voters may be out of state on Election Day and those who remain will be focusing on the more pressing issue of rehabilitation. The hurricane may also have made some people reconsider their vote.

“Emergencies are times when big government steps in,” said professor of political science and voting behavior, Dr. Eric Smith. “Romney will be wanting to avoid questions about FEMA.”

The Federal Emergency Management Agency is a nationwide organization that manages and responds to disasters in the USA. Presidential candidate Mitt Romney stated last year that he wanted to replace FEMA with a state or private system, although he has now retracted this position.

The United States Global Change Research Program has found that “the power and frequency of Atlantic hurricanes have increased substantially in recent decades” largely due to a 2 degrees Fahrenheit increase in ocean temperatures. The devastation highlights that key issues, such as climate change, were neglected in favor of the economy and foreign policy in the electoral debates.

“It seems that our media and our political leaders do not have this conversation because it requires some ‘bad news’ messaging,” said professor of environmental communications, Dr. Elizabeth Kryder. “It requires leaders to talk about mankind’s negative impact on the earth and how we need to change some of our behaviors.”

However difficult it may be, the aftermath of Hurricane Sandy is a reminder that it is time for politicians to acknowledge the problem and prepare effective counter-measures.

“The damage caused by Hurricane Sandy is certainly indicative of the kinds of impacts we would expect to be caused by more intense weather events related to global warming,” said professor of environmental policy, Dr. Robert Wilkinson, “Whether this specific storm is definitively linked to climate change is not the point. We seem to be slow learners in this country. One would hope it will not take too many more tragic events for the United States to get serious about climate policy.”