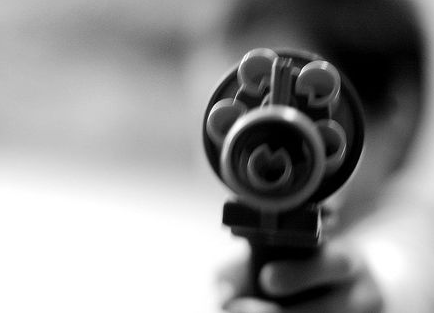 To this generation of young adults, the words “Columbine” and “Virginia Tech” go hand in hand with vivid images of tragedy and terror. Although in a factual sense these places are both educational institutions—a high school and a university, respectively—they have become better known as the sites of two of the most grisly school shootings within the past fifteen years.

Moving forward to 2012, it seems that this type of seemingly unprovoked violent crime on school campuses is returning, this time in a way that is much more close to home for students in California. This past April, a former student of Oikos University in Oakland opened fire and killed seven in what appeared to be a premeditated attack, according to an ABC news report. There have also been two shootings at the University of Southern California—one also in April that resulted in the death of two students, and another in late October that left four wounded.

Adding to these events is the release of the “Angel of Death,” David Attias, former University of California Santa Barbara student who ran over five students with his car in 2001, leaving four dead and one critically injured. An article from Southern California Public Radio’s website reported that Attias’ move from a mental hospital to an unlocked community facility will still involve close supervision. Despite this reassurance, his release still serves as a reminder to the UCSB community of the possibility of premeditated violence, even in our own laid-back town of Isla Vista.

Any attack that leaves innocent people dead is devastating; however, this type of violence is especially terrifying because it is hard to determine the motivation behind it. Since crimes like these are solely due to the actions of the shooter, figuring out “why” is one of the only ways to help identify future potential threats.

It is difficult to make broad generalizations, but there are a few statistics that stand.

Newsweek reported data from a Secret Service study of school shooters in the past 26 years, stating, “In this cohort, all shooters were male, 81 percent warned someone overtly that they were going to do it, and a staggering 98 percent had recently experienced what they considered a significant failure or loss.”

The Newsweek article, by Dave Cullen, author of  “Columbine,” went on to divide shooters into three different categories: psychopaths, psychotics and depressives. Psychopaths are closest to the “cold-blooded killer” stereotype—they are often externally charming, masking the fact that they have no emotional attachment to living things and a deep hatred for the world.

As Cullen puts it, “They are hyperrational. They just don’t care about our pain.”

Psychotics often conversely harm others as an expression of their internal conflict, and would often be clinically categorized as schizophrenic. The last type is the depressive killer, who sees the rest of the world as the reason for their mental misery and decides to dole out what, in that unstable state of mind, is an according punishment.

A report from the National Center for the Analysis of Violent Crime, a department of the Federal Bureau of Intelligence, took a slightly different approach by focusing on social as well as psychological motivators. On the psychological side of it, the study sites a lack of coping skills, a sense of entitlement, dehumanization of others and a sudden change of behavior among the characteristics of school shooters.

As far as the role of social factors, this report also identifies a recent failed romantic relationship, a troubled relationship with parents, little parental authority and detachment from the school and its students all as contributing factors.

However, above all else this study emphasizes that these traits should not be given considerable weight by themselves, and that there is no particular combination that can successfully predict whether or not a student will lash out in that way.

“No one or two traits or characteristics should be considered in isolation or given more weight than the others,” the report stressed.

This last piece of information adds a more complicated dimension to this attempt to explain school shootings. Although experts have identified common factors in the profile of school shooters, it is extremely difficult to know what exact mix of traits will lead someone to kill others. With the research available now, we have a vague look inside the mind of a gunman, but are still unable to complete the whole picture.