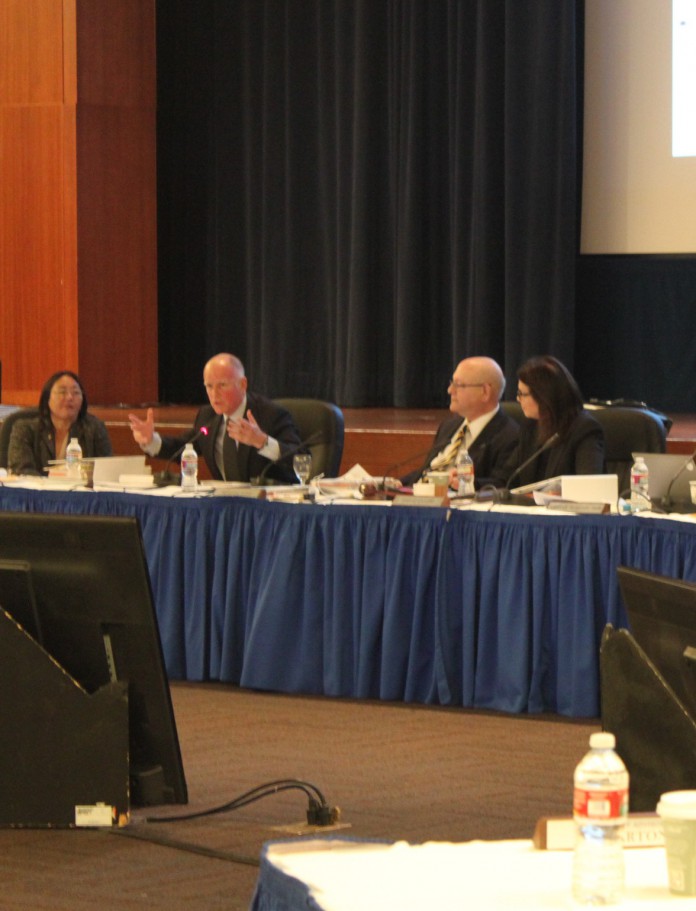 In response to continued cuts and budget constraints, the University of California Board of Regents are continuing to consider increasing nonresident undergraduate student enrollment, with a cap of 10 percent of all admissions. Currently, only 8.8 percent of all students enrolled in UC are out-of-state students.

Regents such as Regent Eddie Island continued to oppose the increase, noting that he could not see the non-fiscal benefit to enrolling more out-of-state students. However, the increase saw supporters the likes of Gov. Brown and Lt. Gov. Gavin Newsom.

“The world we’re living in means not only are we competing with cheap labor but with cheap geniuses,” said Newsom. “We have got to be equally aggressive keeping that [out-of-state students] here. “