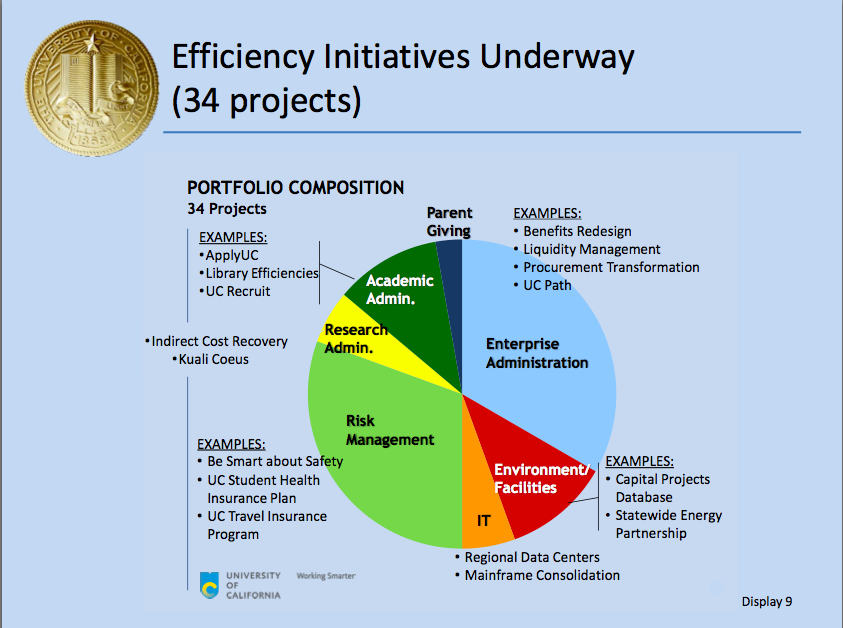 The University of California Regents debated various ways of accomplishing their goal of saving $500 million over the next five years during Wednesday’s Committee on Finance. The Regents emphasized that this money would go toward financial aid.

The options were discussed as alternatives or supplements to any potential increases in tuition as the 2013-2014 budget is created. The discussion included launching business partnerships with private companies, becoming “larger” by joining forces with the California State University system and utilizing social networks.

The Regents enunciated their priority of increasing financial aid for the middle class.

The UC’s absence in the world of online education, four years after it was proposed, was also a topic of involved discussion. Gov. Brown and several of the Regents stressed the urgency of immediate progress with providing online classes.

“I implore that our faculty lead this effort and quickly come back with a proposal for online education,” said Regent Eddie Island. “I must tell you I’m very disappointed with this outcome. It doesn’t take four years to study this proposal and we are still lacking a concept.”

Despite the multiplicity of alternative ideas on the table, Lieutenant Gov. and Regent Gavin Newsom accentuated the perceived inevitability of what UC students seem to fear most.

“The default [to fill the UC’s growing debt] seems to me to be a tuition increase,” said Newsom, who later stated that he believed the UC was headed for a minimum 6 percent tuition increase, in the best case scenario.

Still, Gov. Jerry Brown, as well as each vocal Regent except Newsom, projected an optimistic view when it came to the prospect of a tuition increase.

“Tuition increases are not avoided by anything less than heroic efforts,” said Gov. Brown.

“There is no doubt that there is nobody around this table who wants to raise tuition, so we have to be more aggressive, more nimble and really redefine what it takes for this university to provide access and quality,” said Regent Chairwoman Sherry Lansing as the discussion wound down.

Gov. Jerry Brown participated in a press conference after the committee ended to answer questions about the state of the UC system today. When asked if he had a message for students, the governor responded, “Understand the budget and make sure you’re a powerful lobbying force. Often people finger point and what we should do is come together and look at the possibilities that are before us.”

Photo Courtesy of the University of California Office of the President