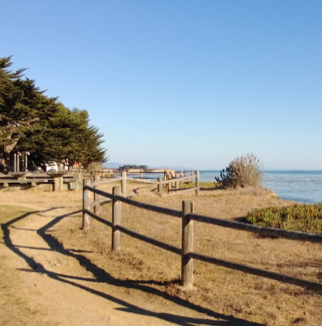 Isla Vista’s many parks, located every couple blocks, provide an escape from the bustling life surrounding them.

“I think the parks are really an important part of the community, because we’re so dense,” said Rodney Gould, general manager of Isla Vista Recreation and Park District, who also explained that 24 parks were constructed in the aftermath of Isla Vista’s tumultuous activity in the 1970s.

Today, the Isla Vista Recreation and Park District continues to oversee and maintain the parks, as well as other community efforts, such as graffiti abatement and Adopt-a-Block, a community garbage cleanup program.

“The park district does more than just maintain parks. We’re really the only public agency in Isla Vista, so we just kind of take [other community efforts] on as community service,” Gould said.

The parks range in size and function, from small bluff-top lookouts like Window-to-the-Sea, to neighborhood parks like Trigo-Pasado and natural open spaces that contain vernal pools.

Each park offers unique facilities. Sea Lookout Park, better known by its colloquial name, Dog Shit Park, gets its strange nickname from its past history. Though it was an empty lot throughout the ‘70s and ‘80s and once deserving of its name, the area is now a well-maintained park on the 6800 block of Del Playa, and offers a large volleyball court and a plaque commemorating the Isla Vista Tree—a huge cypress that once stood as a symbol of the community’s fight for self-governance.

Little Acorn Park (next to Bagel Café) offers large grassy areas, a Bocce ball court, benches and a memorial to the 2001 Isla Vista Massacre, during which a student drove purposefully down the 65 block of Sabado, killing four and injuring a fifth. Trigo-Pasado Park is the only park with a rock-wall; it has an 11-foot climbing boulder for community use. Greek Park, on the corner of Embarcadero del Norte and Segovia, contains a concrete gathering area and is home to the many fraternity and sorority events, such as fundraisers and volleyball tournaments.

While the parks do offer pleasant open spaces, some students hope for improvements. “I think the parks are nice when they are used. But they’re often not used by the students, because they’re a little dirty,” said Marie Stassinopolous, a second-year sociology major. “Cleanliness could be improved; that would be nice.”

Michonne Behin, a second-year biology major, added that the current state of the parks doesn’t encourage visitors, saying that, “It seems just like the homeless people make use of it, but I mean the parks do have potential for more recreational things. But right now, that’s all I see.”

Gould agreed that the parks have room for improvement; in particular, Anisq’Oyo’ could be bettered.

“One of my goals is to get Anisq’Oyo’—to me that should be the gem of the entire district. It’s not at this point in time, but that’s very high on my list,” Gould said.

Anisq’Oyo’ Park, in the heart of downtown Isla Vista, features a pond, children’s playground equipment and an outdoor amphitheater. Because of its amphitheater, public restrooms and electrical outlets, Anisq’Oyo’ is a favorite location for outdoor events, such as Earth Day during spring quarter.

Other students believe the real purpose of the parks is for the families that live in Isla Vista. “It’s more for the families that live here, the kids, to give them somewhere to hang out, because anywhere that’s not the park is pretty much affected by alcohol and stuff like that. I guess it’s like the last safe haven they have,” said Bryant Sun, fourth-year economics and accounting major. Children’s Park, on the corner of Picasso and Abrego, caters specifically to families and children, featuring a handball court, playground and covered gazebo where the Children’s Park Recreation Program meets. Located in an area densely populated by families, Children’s Park provides an outdoor space for group events and family gatherings, though much of the playground could use improvement, according to Sun.

The parks provide a unique bit of nature and open space to the otherwise densely populated area of Isla Vista, and without them, the area would be without any community space. Whatever their condition or use, the parks are a pleasant addition to the ocean-side landscape.