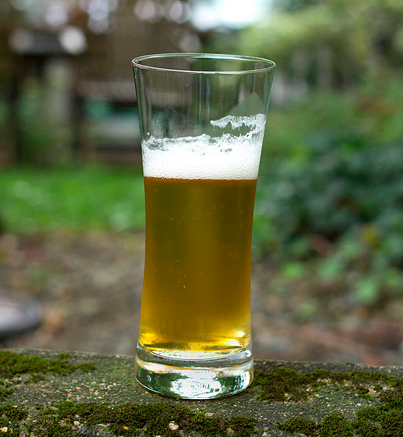 The City of Goleta Police Department recently received $68,250 as part of an anti-driving under the influence grant, which is to be used for the enforcement of traffic safety on the streets of Goleta through the prevention of DUI related accidents. Goleta police hope to do this through using more enforcement measures, such as checkpoints, to combat DUIs. These efforts will be a part of an ongoing campaign by the police department to reduce DUI-related accidents by getting offenders off the roads.

“We applied for the grant through the Office of Traffic Safety by using statistics based on DUI arrests, collisions and fatalities and then we were awarded the money to do DUI checkpoints and buy equipment,” said Sergeant Kevin Huddle, who leads the Motor Traffic Unit of the Goleta Police Department. “The money will be used for DUI checkpoints, so the actual enforcement of paying for staff to go out, organize the checkpoints and then contact drivers as they come through the checkpoint. And then a small portion of the money is used for equipment that is needed for the DUI checkpoint such as cones, barricades, lighting and generators.”

The grant, awarded by the California Office of Traffic Safety through the National Highway Traffic Safety Administration, will result in an increase in DUI checkpoints, which have previously proven to be an effective strategy in curbing the number of DUI accidents that occur in a year in the state of California. According to the California Department of Drug and Alcohol Programs (CDADP), California had 195,879 arrests in 2010, and is consistently on top of the list of states with the most DUI arrests per year. DUI checkpoints will be well publicized and highly visible in order to deter those who are under the influence from driving and also to find and arrest drunk drivers who are already on the road. This grant will allow the city of Goleta to have more checkpoints and detect more offenders, effectively increasing public safety.

The Office of Traffic Safety (OTS) periodically awards grants to state and local agencies through an application process. Their mission is to “effectively and efficiently administer traffic safety grant funds to reduce traffic deaths, injuries, and economic losses,” as stated on their official website. The new grant received by Goleta will become a part of the efforts by the OTS to reduce alcohol-related accidents and deaths.

Driving under the influence is dangerous and can also be deadly, both to the driver and others on the road. In California, the CDADP recorded 1,768 deaths in DUI related accidents in 2010. Goleta was the location for three of these deaths.

“We felt the need to apply for a grant because we have a lot of DUI drivers in our area, especially with the proximity to Isla Vista, and then last year we had three DUI fatalities in Goleta, but the years before that we had zero so our numbers went up, fatality-wise,” said Huddle.

DUI arrests can result in jail time for the offenders, along with other sanctions, like having to take DUI classes, pay fines and having a license suspended. A DUI conviction on a driver’s record can also result in increased insurance rates for years after the arrest. In the end, total costs of a DUI citation can add up to $10,000. All of this, however, can easily be avoided if people make the decision to not get behind the wheel if they have been drinking. Designating a driver before heading out or taking a cab are safer alternatives that can save lives.