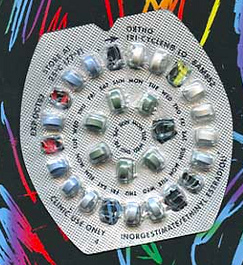 There has been a growing change in the type of contraceptives women use—from the more traditional contraceptive pill to long-acting reversible contraceptives (LARCs), such as intrauterine devices (IUDs) and hormonal arm implants.

According to the National Survey of Family Growth from CDC, the number of women between 15 and 44 using the pill has decreased. In 2002, 19.2 percent of women interviewed used the pill compared to 17.1 percent between 2006 and 2010. The amount of women using IUDs has gone up from 1.3 percent to 3.5 percent. Healthcare providers are now saying that the IUD is more effective and that doctors should be recommending it as a contraceptive method. Before IUDs were recommended for women who already had a child or in a long term monogamous relationship, but now it is being suggested that doctors should offer LARCs as an alternative for young women and should not just suggest the pill.

The IUD is a small T-shaped plastic device that releases either copper or progesterone and is fitted by a doctor through the cervix into the womb. It is very effective as a long term contraceptive as it can stay in place for up to 10 years and is about 99 percent effective against pregnancy. After removal women have no problems in getting pregnant. The IUD works by damaging and killing sperm and the egg. If the egg does manage to get fertilized the IUD makes it harder for it to implant in the uterus. The progesterone can stop some women from ovulating.

The implant is a small tube inserted under the skin in the upper arm, and releases progestogen. They are around 99 percent effective for at least three years. They stop ovulation and thicken the mucus in the cervix, making it difficult for sperm to reach an egg. They also make the lining of the women thinner making it hard for a fertilized egg to implant.

The contraceptive pill is a pill that is taken orally on a daily basis. It works by stopping ovulation, thickening vaginal fluids so sperm can’t get in to the womb and making the womb slippery so eggs can’t stick to it. It is around 99 percent effective if taken perfectly. It reduces periods, can reduce acne and has been linked to reducing the risk of ovary, womb and colon cancer.

Third-year anthropology major Hayley Gardiner said, “The permanence of a hormonal implant is worrying if it affects you badly and I think that if you have a routine it’s not too hard to remember to take [the pill].”

There are still downsides to all these methods of contraception. None of them will prevent sexually transmitted infections. While the progesterone IUD diminishes periods, the copper one can lead to heavier and more painful ones. The progesterone IUD through releasing a very low amount of hormones can induce negative side effects like depression. In rare cases it can be painfully dislodged and be expelled from the body. The downsides of the arm implant are that periods can become irregular, longer or stop altogether. Some women also report having issues with acne, mood changes and breast tenderness. It also leaves room for human error.

However, a recent study in the New England Journal of Medicine revealed that LARCs were significantly more effective than pills, patches or vaginal rings, especially among women under 21. The study compared effectiveness of birth controls in a group of around 7,500 sexually active women in the St Louis area over a period of three years. Among women using pills, patches and vaginal rings, 9.4 percent became accidentally pregnant, compared to 0.9 percent of women using LARCs. The reason suggested is not the effectiveness of the birth control itself, but because women occasionally forget to take pills and replace patches and rings.

Dr. Jeffery Peipert, a professor of obstetrics and gynecology at Washington University Medical School told CNN, “Humans aren’t perfect, and it’s normal to forget to take a pill every day or file for prescription refills every month.”

The growing trend in LARCs is linked to more information available about the effectiveness of different contraceptive devices. Doctors are now recommending options other than the pill. While the pill may still be the best for some women, such as those who suffer from heavy periods and acne, evidence shows LARCs to be a more effective and longer lasting alternative.