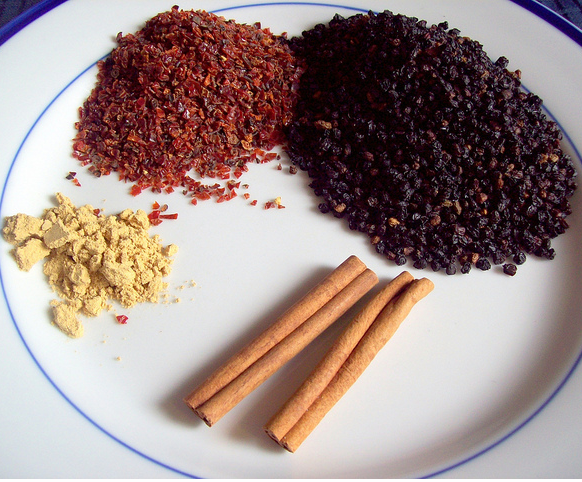 Cures come in all shapes and sizes, particularly because of the numerous advancements in modern medicine. However, alternative methods of remedying illnesses do exist and have actually been just as effective—with twice the emotional impact. Two of the major restoratives that I took a look at are the use of certain foods, such as yams being used to cure lymphoma, as well as the practices of various religions and cultures of the Orient.

Dr. Dale Figtree, a nutritional health practitioner in the Santa Barbara area, has had firsthand experience with the powers of good food. To be more specific, Figtree turned to yams and various vegetables and vegetable juices to fight a lymphatic tumor discovered in her chest area. After exhausting all forms of conventional medicine prescribed to treat the tumor, she sought out a nutritionist who prescribed “three meals a day of large, large quantities of high nutrient foods—80 percent raw foods and 20 percent cooked.”

During the program to restore her health, Figtree consumed “1 lb. of yams four times a week for dinner along with 1 lb. of cooked vegetables, 1 lb. of salad and an 8 oz. glass of freshly made vegetable juice.” She stuck with the program and started a cleansing process to rid her body of any substance that might compromise her immune system. Three years later, a CT scan revealed that all signs of the tumor and cancer were gone.

However, Figtree does not simply enjoy the benefits of the process without knowing the workings behind it. Sometime after her recovery, she read a book by Dr. Harold Mannors that detailed experiments Mannors was performing with mice that were bred to have breast tumors.  Approximately 80 percent of the mice were healed by ingesting three things: protein digesting enzymes, large quantities of vitamin A and laetril, otherwise known as vitamin B17. She then realized why the nutritionist who helped her prescribed such a large quantity of yams—within yams exist two out of three prerequisites for healing; their high carotene content is processed by the body into vitamin A as well as laetril. Combined with protein-digesting enzymes found in other parts of the diet, the program mirrors Mannors’ success with healing breast tumors in mice.

Although Figtree’s remedy borders on the alternative medicine category, according to Professor Vesna Wallace, it was found that metaphysical methods of remedies existed deep within Oriental culture. Professor Wallace, who is primarily interested in the regions of India, Tibet and Mongolia, explained the spiritual practices of Indian and Tibetan Buddhist medicine as well as shamanic works in Mongolia. In Buddhist medicine, patients are indeed given typical medicine, but they are also prescribed things such as mental cultivation and temple rituals as a kind of supplement to their well-being. In Buddhist medicine, the link between the mind and the body is direct; improving the mind will help the body, and healing the body will aid the mind. Things such as mantra recitations and the mental visualization of the “medicine Buddha” are encouraged.

There are also miraculous stories of shamanic work in the region of Mongolia; one such story details a Tibetan woman who lived a life of luxury, but became a nun after her child went to college. A man with an ocular disability came to her, and seeing that he was on the verge of blindness, she proclaimed that she would be willing to give her own eyes for him. Upon hearing the statement, the blind man regained his sight. Another story is that of a young Mongolian boy riddled with illness that severely weakened him; after visiting a shaman who initially declared him dead, the shaman told the boy to hold a cup of vodka with a paper over it and the cup changed from vodka to blood, pus, and maggots that were apparently harming the health of the boy, who recovered fully after the event.

Whether they have scientific support or purely spiritual affirmation, cures of various kinds do exist. In the case of Figtree, the scientific support is clearly there in the experiments of Mannors. Through consumption of powerful foods, Figtree’s tumor was cured and now she is able to share the miracle of it with those around her. From Professor Wallace’s stories, I gleaned the inexplicable power of the human faith in restoring one’s physical health.

When interviewing freshman James Smith on what he felt about both sides, he merely replied, “Food heals the body, but spirituality heals the mind,” which is indeed a testament to current views on the topic.